"When I heard about all the cool things and benefits that come with the class, I was hooked," said 12th grader Anasia Prado.
WPVI
By Christie Ileto 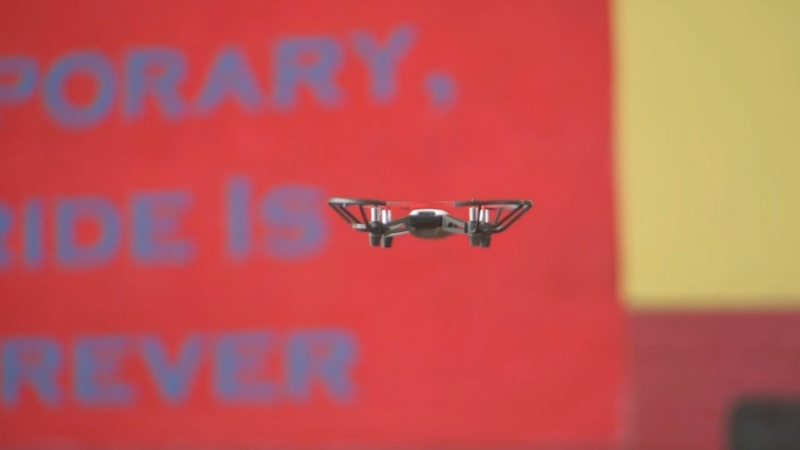 It's teaching kids STEM skills, and diversifying a field that isn't often accessible to females and kids of color, allowing them to reach new heights with a popular drone program.

"When I heard about all the cool things and benefits that come with the class, I was hooked," said 12th grader Anasia Prado.

Prado is working to get her commercial drone license through the new drone school at Frankford.

"You really have to work hard. You can't just give 50 percent, you have to give 110 percent when you're doing the work," she said.

"When I came in, the focus was on aviation, small aircraft, but then since I've been here the last couple years, we've expanded it to drones," said aviation and earth science teacher Josh Bergerson.

Bergerson heads the Frankford Aviation Academy, and says interest has doubled since drones were introduced. Sixty kids are now signed up for next year.

"The way to get more students involved, from our perspective, is drones are easier to pick up and fly than going to an airport and getting time on a plane," Bergerson said.

"Aviation is a STEM field that predominantly has not had a lot of minorities represented. It's really trying to diversify the field of aviation and meet a need there," he continued.

"Since flight school is expensive, I can at least use this class as an advantage," said student Joseph Espinal. "I can have the experience to fly, and if I wanted to, in the future I can use it to go to school to be an airline pilot."