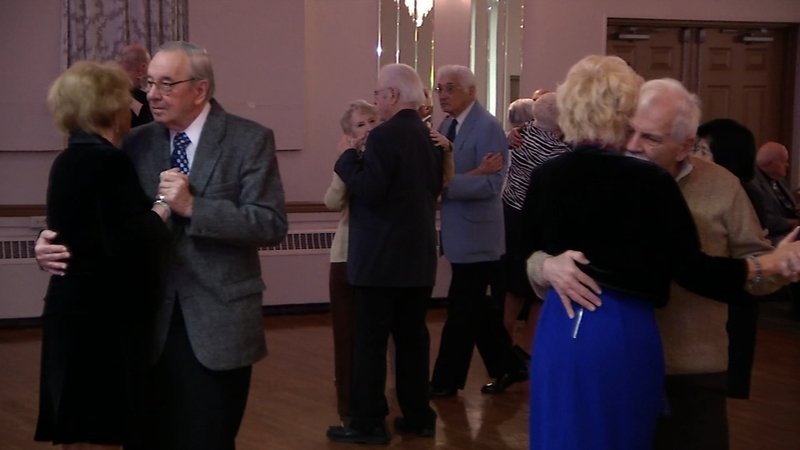 BELLMAWR, New Jersey (WPVI) -- If you don't have a date for Valentine's Day, there's a club in Bellmawr, New Jersey that hosts a night of fun and fellowship for couples and singles alike.

"The Doors open at 7pm and the music starts at 7:30pm," said Lori McDowell, Activities Chair for the Friendly Singles 50+ Club.

"It's a fun night for everybody, a good night to get out and socialize and dance and enjoy yourself. Joan is our hostess," said the club's Sergeant-At-Arms, Kelly Bell.

"We are, that's one thing we've always been told," added McDowell.

McDowell says she believes that's what keeps people coming back. The club started small 32 years ago.

But it has grown and evolved over the last three decades to offer more than just cruises and trips.

"And then we moved and found out that people really want to dance, so that's what we did," said McDowell. "It used to be for people 50 and over and single, but we've opened it up to married people and couples."

Many members who started single at the Friendly Singles 50+ Club have been hit by cupid's arrow.

"I met Bob here," said Kitty Hruza. "He walked in with some other friends that were sitting at the table where I usually sit and we met and started talking and dancing - and here we are."

Kelly Bell and his wife joined the club as a couple, but they look forward to the dances each week.

It's not about your moves, but rather your mood when it comes to mingling.

"It's getting out Friday night, getting dressed up and kicking our heels up, because we have made so many nice friends down here," said Priscilla Branyan.

"We have a band every week and we're trying some new bands. We also have refreshments," said McDowell.

"Oh, the music's good, it's all the oldies," said Harbinson.

"It's unbelievable how many people just enjoy the music and each other. You know, they talk and it's just - it's great," added McDowell.

And the club is always looking for new members.

"If you want to have fun and dance then come on down," said Kitty and Bob.