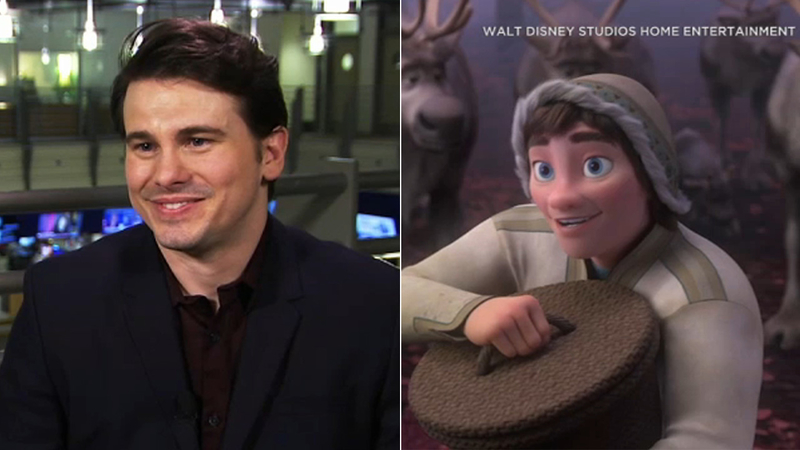 "Frozen 2" is the top grossing animated movie of all time, having generated $1.325 billion at the global box office. It's now out on Blu-Ray and DVD. Jason Ritter is thrilled to be a part of it, voicing the optimistic character named Ryder.

When he first got the audition, Ritter almost said "no" because he had to sing.

"And then I thought, 'What if I am supposed to be in 'Frozen 2' and I'm stopping myself before I even get started?' So I got over my little insecurities and fears and I went in and I sang," said Ritter. "And they said, you know, why don't you go to a vocal coach for a month and come back and sing again?"

Disney's "Frozen" is known for being a visual masterpiece. Effects artist Erin Ramos shared how she's bringing water to life, and to Elsa's fingertips, in the highly-anticipated sequel, "Frozen 2."

He got the role - but his song was one of several that didn't make the final cut.

"You can kind of tell how far they got into the process before they were cut by how animated they all are," said Ritter. "But it's so fascinating to get a glimpse into the process. It's a huge, complicated process to make something like this."

These unfinished moments are part of the DVD extras, along with a sing-along version of the movie, outtakes and deleted scenes.

Ritter says he made this movie, in part, for his 1-year-old little girl.