G. Love with Matt O'Donnell on the True Philadelphia Podcast 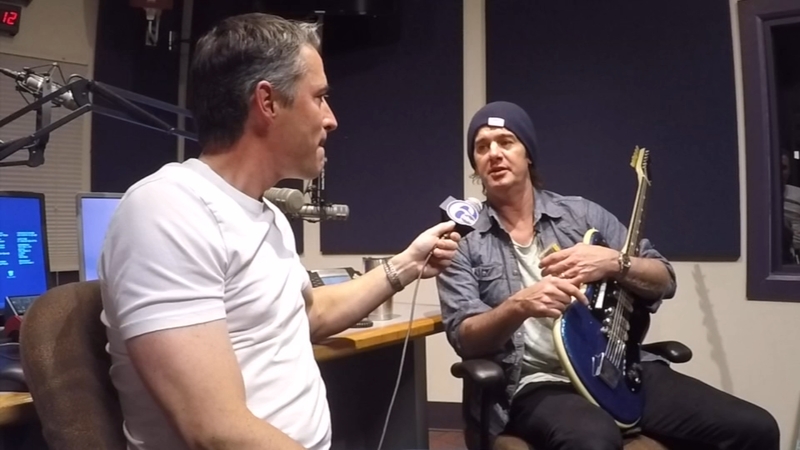 PHILADELPHIA (WPVI) -- G. Love & Special Sauce is one of the pioneers of the blues and hip hop style of music that is so prevalent these days. Their self-titled debut album was released in 1994 and made frontman G. Love famous.

With their latest album "The Juice" (2020), G. Love is out to prove that his "Philadelphonic" sound still has relevance and in fact can be empowering to his listeners. The man whose real name is Garrett Dutton is convinced: the world needs more G. Love, now more than ever.

The Philadelphia native and I talked in a radio studio at WXPN-FM in University City, right before his soundcheck ahead of an album release party at World Cafe Live. He reached back into the early days of Special Sauce, talked about why he knows "The Juice" is about to be freshly squeezed on his adoring fans and even enjoys a surprise I brought with me.

Watch the interview on YouTube
Recorded on December 13, 2019 at WXPN-FM in University City. Podcast includes the album's lead track "The Juice" at 22:55.

How he is empowering people through his music (2:58).

Why G. Love is not meticulous at all, which goes into a discussion of how to decide if he should eat Burger King or McDonald's (7:55).

That legendary New Year's Eve party at said loft that led to 869 cigarette burns on the carpet (9:40).

How he reacted when he walked into Tower Records on South Street and first saw himself on his album cover (11:50).

How people initially reacted to a white kid playing "garage rock and roll while rapping" (12:45).

The story behind how G. Love bought the guitar that became his signature instrument - the Crucianelli Elite (15:50).

Going back to the days of street performing in Philadelphia (20:40).

Why he ran into problems and took his street performing to Boston - and which town made him more money (22:20).