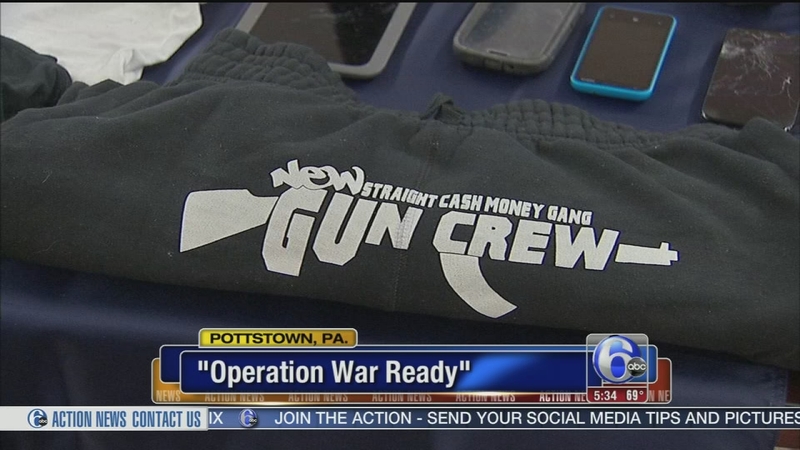 POTTSTOWN, Pa. (WPVI) -- Dozens of alleged gang members were as part of an investigation into gang activity in Pottstown, Montgomery County.

The investigation centered on the ongoing rivalry between two gangs in Pottstown. 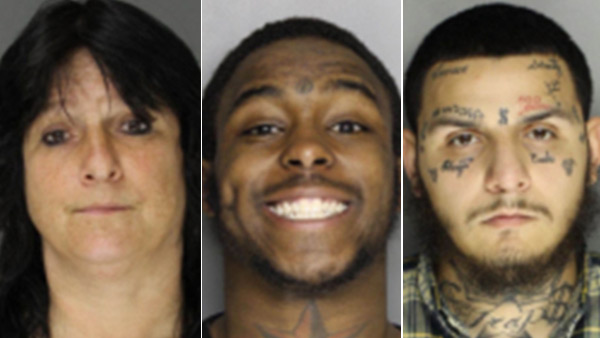 PHOTOS: Suspects in Montgomery Co. gang case
Investigators announced the arrests of dozens of suspected gang members.
Arrest warrants have been issued for an additional 13 others.

Ferman also showed off the massive amount of assault weapons that were collected during the sweep.