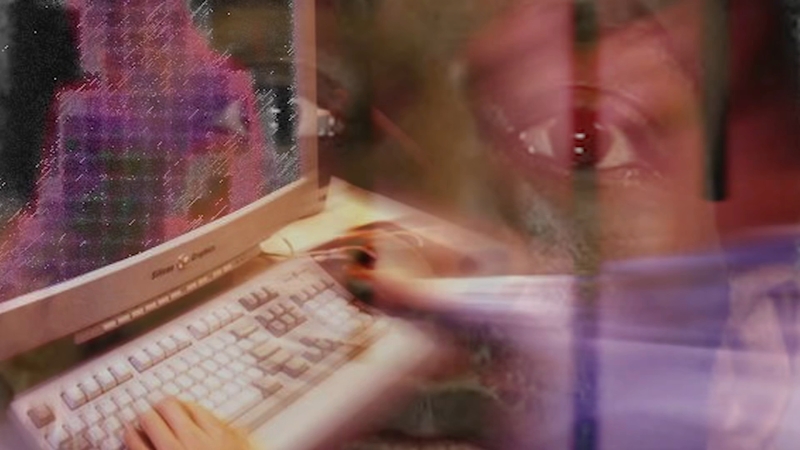 Child sex crime tips are up since start of pandemic: Investigators

The Delaware County Internet Crimes Against Children task force said with more kids at home and online, predators are using it to their advantage.

The victim's mother captured the incident. The mother, who didn't want to be identified, walked in on her son while he played video games and began undressing.

"What are you doing?!" she can be heard yelling.

Authorities identified the man as Geoffrey Hines from Upper Darby. Hines is accused of pressing the kid to strip for gaming money. He now faces over 100 counts of state and federal sex crimes.

"The guy wanted him to go into another room and take pictures of himself," said another parent, Anthony Somerville.

Somerville and his wife made a sickening discovery on their 9-year-old son's phone. They turned it over to the FBI, alleging messages from Hines asked the boy to undress while gaming.

Hines allegedly offered $65 so he could gratify himself while the boy undressed. It happened in March during the early stages of the pandemic.

"It's sick," said Somerville. "You're taking advantage of an unfortunate situation that everyone is going through."

The boy refused Hines' alleged advances but failed to tell his parents about the incident.

"I asked him why he didn't say something. He was worried that he was going to get his phone taken away," said Somerville.

"Increasingly, we see all across the board, the internet being an avenue for criminal activity," said Stollsteimer.

The task force has received more than 4,000 tips just from March through this September.

Detective Sgt. Ken Bellis and his team are a clearinghouse for child crime sex tips. He said Hines preyed on more than two dozen boys around the world. "He was persistent. He may go after the child day after day after day," he said.

Bellis walked Action News through his team's state of the art forensic lab. He took us inside the investigation and showed us how he said Hines tried to cover his tracks by deleting messages and even acting like a good Samaritan by reporting the inappropriate behavior to the streaming platform.

Bellis said it's impossible to keep up with all the tips.

"We have to prioritize the tips that come in. Many of them are classified by priority. They're priority one or priority two, which would classify as an immediate threat to a child," said Bellis.

Sommerville and authorities said these incidents are why parents need to be vigilant.

"I never thought in a million years that I'd be in that situation. It is real and it does happen," said Sommerville.