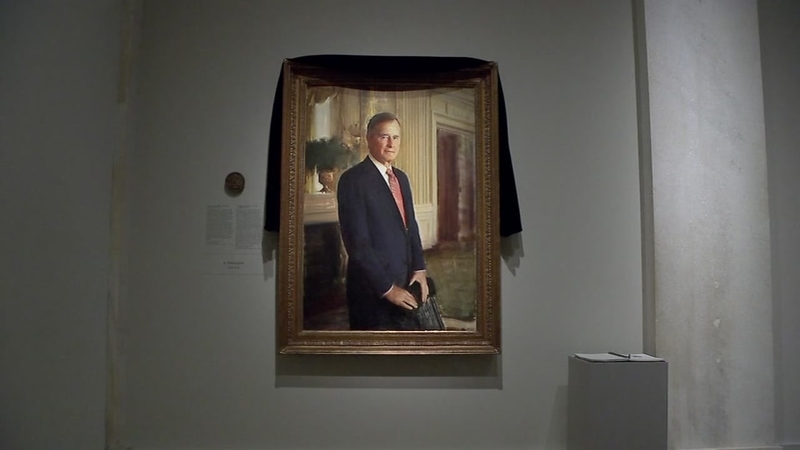 WASHINGTON -- The U.S. Capitol Rotunda is the most visible place where people in the nation's capital have paid their respects to Pres. George H.W. Bush.

But there is another spot honoring his memory, and contrary to the crowded rotunda, there's no long line in which to wait.

The National Portrait Gallery is a five-minute drive from Capitol Hill. Part of the Smithsonian, which is free to visit, it is home to a collection of the officially commissioned presidential portraits.

And in one corner, draped in black crepe, is the painting of the 41st U.S. president.

"He is looking out at you, and he's got quite, I think, a serious look," observed museum director Kim Sajet. "I think this is the look of a president saying, 'What are you going to do for your country?'"

There is a glow to the painting, typical of the artist, Ronald Sherr, who painted it a year after Bush left office. It is one of two official portraits - the one here and the one at the White House.

"This might be one of the more traditional of the recent portraits that we had commissioned. The portrait gallery opened in 1968. So this was the first official commission that we did as an institution," Sajet said.

Next to the portrait, with pages already filled, is a guest book for visitors to leave their thoughts, thanks, and prayers, under the watchful eyes of a man so many admire and to whom-a few miles away are paying tribute in another more visible way.