Girl, 2, killed in crash involving car being chased by police in Chicago 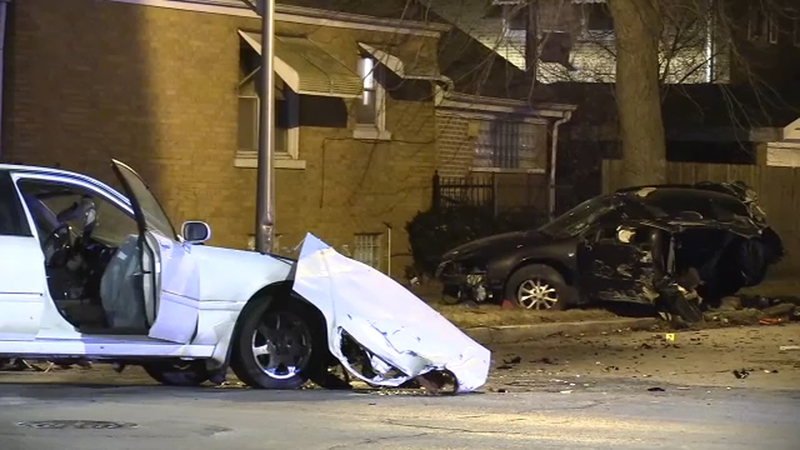 Girl, 2, killed in crash involving car being chased by police on South Side

CHICAGO (WPVI) -- A 2-year-old girl was killed after being ejected from a car being chased by Chicago police on the South Side of the city Sunday night, police said.

The suspect then rammed into a tree and the 2-year-old girl was ejected from the vehicle, police said. She was transported to a hospital where she later died.

She has been identified to the Cook County Medical Examiner's Office as Danyla Owens of Chicago.

Police said the toddler was not in a car seat.

Four other people who were inside the two cars were also injured and were hospitalized in stable condition.

Neighbors said the crash was so loud it woke them up.

"My bedroom is downstairs and I just heard a loud boom," said neighbor Bernina Scott. "I'm like 'Oh my goodness' and I came upstairs and I told my mom, "I think it was an accident outside' so we put on our robes and we just looked out and there was a whole lot of police everywhere."

The 21-year-old man driving the Chrysler was arrested at the scene.