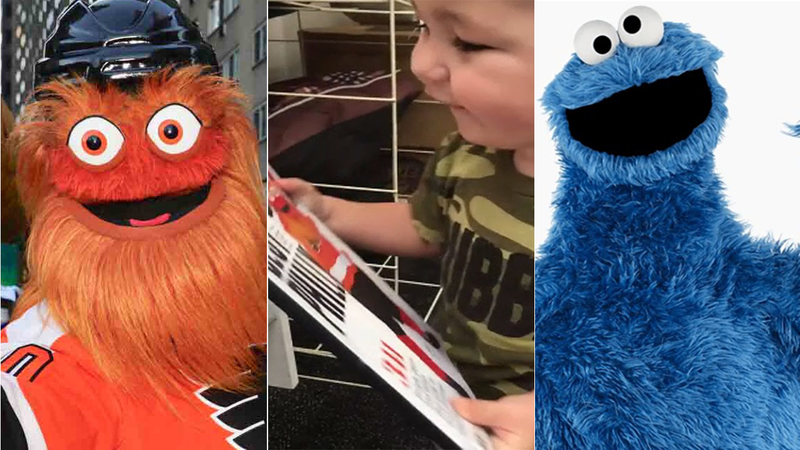 PHILADELPHIA (WPVI) -- One is the beloved Flyers Mascot, the other is a Muppet that devours cookies - but for a certain Philadelphia toddler, it's hard to tell the difference.

On a recent outing to the store, Grant, who turns two in October, confused Gritty with Cookie Monster.

In video posted to social media, Grant picks up the 'Best of Philly' issue of Philadelphia Magazine with Gritty on the cover and thinks he's seeing the googly-eyed star of Sesame Street.

His mom Gabby tweeted Gritty to apologize, explaining her son is "a work in progress!"

Gritty responded by asking, "Is it something in the eyes?"

Is it my eyes? https://t.co/aQbXwRtQ8L

Gabby says Grant and the whole family are huge Flyers fans - and Gritty fans, too.

She says despite the mix-up, Grant thinks Gritty and Cookie Monster are both awesome.