Through tragedy, how one NJ community is honoring a 9-year-old's dream 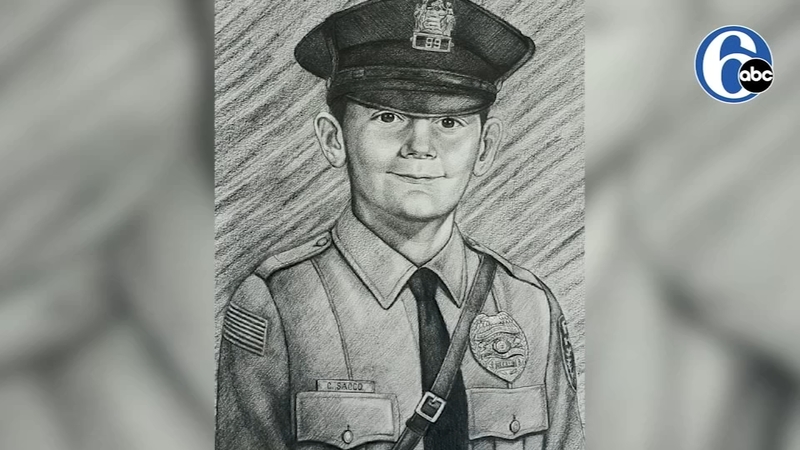 Through tragedy, how one NJ community is honoring a 9-year-old's dream

On April 26, 2018, 9-year-old Christopher Sacco's life was tragically taken away amid a motor vehicle crash that has left his family and this New Jersey town devastated.

"In 2018, we lost our son in April. From the beginning, the Hammonton Police Department and the community have come together to honor Christopher," said his mother, Maryanne Templeton.

She says he always wanted to grow up and become a police officer, which he often expressed daily.

"Not having Christopher here with us, there are a ton of questions we always ask ourselves...One of those questions was, 'What would he look like as a police officer?'" said Sbarra. "I know if he was here and he got older, that would be his chosen profession. He was determined. He was an old soul."

So Sbarra, along with the Hammonton Police Department, honored Christopher in a special way.

"I got in touch with the sketch artist unit who put me in touch with Diane Rogers, who does memorial portraits for police departments and the state police," said detective David Reustle of the Hammonton Police Department.

That led to a portrait that's stationed inside their police department to honor Patrolman Christopher Sacco using his football jersey number 99.

"They were able to initiate Christopher as a Hammonton police officer and retired his badge of number 99," said Templeton.

She says since 2018 and through the pandemic, their family and the police department have been committed to giving back in honor of his name.

"We decided let's give back like Christopher would, and let's help the town and the surrounding areas who need help in this crazy world that we're in today," she added.

What started as a helping hand out of her garage has grown into the community effort and annual drive parade in memory of someone who would've inspired to do the same.

"When we deal with a tragedy, part of it is grieving, and after the grieving process, you need to redirect it into a positive celebration," said Kevin Friel, chief of the Hammonton Police Department. "The tragedy of a 9-year-old's life cut short, bringing people together to make something positive out of it, the family had turned it into a celebration of Christopher."

Templeton adds her son would be proud of the legacy his name now carries through Hammonton.