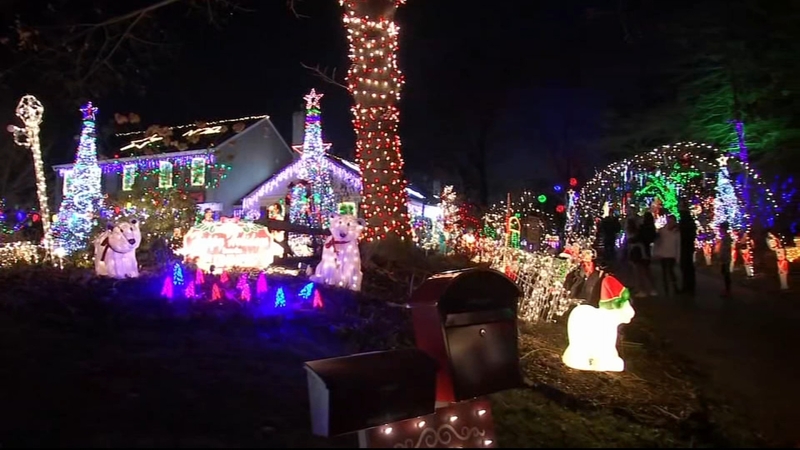 WEST CHESTER, Pennsylvania (WPVI) -- In a year full of disruption and change, the Plummer family, who runs West Chester's Griswold House, wanted to keep a sense of wonder for families.

Lauren said her husband David and their son Evan are the architects responsible for the elaborate light display at their home, which includes everything from a "Letters to Santa" Dropbox and appearances of Santa in the upstairs window.

"We just take it out of the garage and bring it out and plug it all in," said Evan Plummer. "It's a fun process."

The Plummer's say they started decorating in late September, and the decorations accumulated throughout the last few decades.

Families across the region say they're changing traditions in a year that's been anything but normal.

"We usually don't start decorating until a week or two after Thanksgiving, but just to try to get into the holiday spirit and lift our spirits up, we decided to get our tree earlier," said Jennifer Ruiz-Perekupka of South Philadelphia.

Ruiz-Perekupka's family says they usually buy a pre-cut tree but instead, cut down their own at Wiggin's Christmas Tree Farm.

As families pick out the perfect tree and take in the holiday lights and creativity, the Plummer's say the sense of community is what makes it all worth it.

"We just kind of put it out there and hope people find joy," said Plummer. "It's just part of sharing the joy of the season."