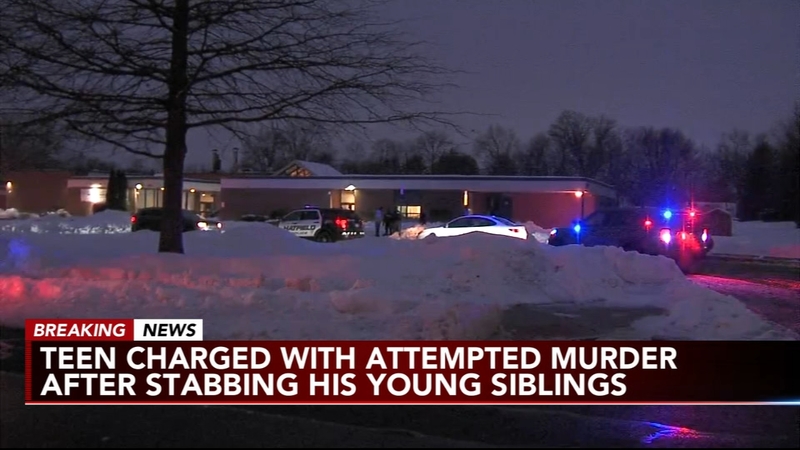 HATFIELD TWP., Pennsylvania (WPVI) -- A 15-year-old has been arrested and charged in connection with the stabbing of his two siblings on the playground of a Montgomery County, Pennsylvania elementary school.

It happened around 5:20 p.m. Monday on a playground at Oak Park Elementary School on the 500 block of Squirrel Lane in Hatfield Township.

The 13-year-old underwent surgery and remains in critical but stable condition, police said. The 9-year-old was treated and released.

Investigators say the teen sibling behind the attack was taken into custody and has been charged with attempted murder, aggravated assault and other related crimes.

He is currently being held at the Montgomery County Correctional Facility under a $500,000 bond.

The motive for the stabbing is still being investigated.

The Oak Park Elementary School released this statement on the incident:
"This evening at approximately 5:30 pm, local police were called to Oak Park Elementary School campus due to a report of a stabbing. It was after school hours and not related to any school activity. There were no students in the building at the time, including Extended School Care who had all been picked up by then.

As of the time of this email, we are still learning details as it is an ongoing police investigation and we do not have more information to share except that the suspect is in custody.