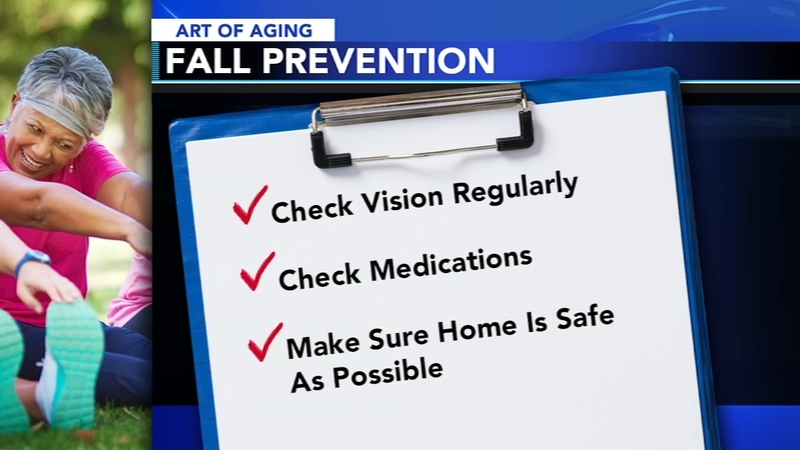 There's no such thing as a simple fall, especially for older adults, and those falls can easily lead to serious health problems.

"I've been an insulin-dependent diabetic for about 50 years," David Smith of Berwyn, Pa. said.

And that diabetes has caused nerve damage to Smith's legs.

"I don't have the feeling in my legs,"he said.

And eyes - especially in going from light to dark.

"It takes me longer to adjust to the change," Smith said.

These increase his risk of falls, so Smith takes extra care in getting around.

Dr. Kris Kaulback of Paoli Hospital sees what falls can do almost every day.

"It's everything from broken bones, bruised lungs and broken ribs, but what we see the most is head injuries and bleeds on the brain," he said.

Dr. Kaulback believes most falls can be avoided with common-sense moves.

-Have your vision checked regularly.

-Check your medications, to make sure they aren't causing dizziness or affecting your balance.
-And make sure your home's as safe as possible.

Paoli Hospital has workshops like Healthy Steps and a Matter of Balance to identify the hazards.

"Some of our throw rugs were not secure, and so, if you just hit it wrong, it could go out from under you," Smith said.

There are strong grip mats under every rug.

Hand-holds in the shower and floors aren't cluttered - even dog toys are kept out of the way as much as possible.

The Smiths also put in extra railings, and are putting more lighting over the basement steps.

"The very bottom stairs are not well lit, If you can't see it, you might miss it," added Smith.

They also made another big move.

"My wife has thrown away all our ladders because we've had at least a dozen friends who have fallen off ladders," Smith said.

But now, he worries less about falling, and more about having fun with his canine companion.