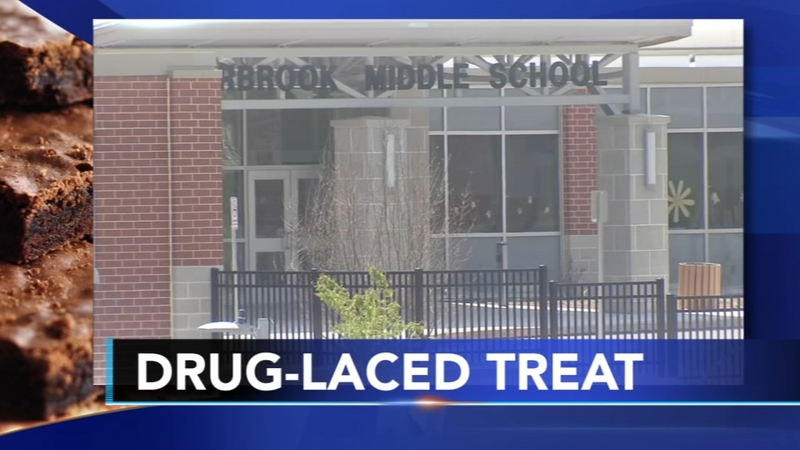 She was alerted that her 12-year-old daughter had eaten brownies laced with what is believed to be marijuana.

"They know it's drugs so they look at edibles like, it's just THC, marijuana. However, where are they at? Did you confiscate anything? Did you send anything out to be tested to are sure that is all it was?" Jordan said.

After the incident, one girl was treated and released from the hospital. She didn't want to be identified but told Action News she had no idea the brownie was laced and is disappointed in the student who gave it to her.

"It was scary because I was like, for me now, I am scared to eat brownies. Y'all will never catch me eating a brownie ever again. I am just too scared now. I don't know what anybody can put in a brownie. I am scared of sweets," says the unidentified student.

The school district released a statement that said:

During the course of the ensuing school investigation, which was completed today, Thursday, May 2, the names of students who bought or ingested the edibles were revealed.

Students who ingested the edibles were sent to the nurse. A student who ate an edible had an adverse reaction and, after examination by the school nurse, was transported to Abington Hospital.

The student is back in school today. The parents and guardians of the involved students were notified, as were the superintendent and assistant superintendent.

The Cheltenham Police Department arrived on site and took a student into custody. The district takes these incidents seriously, and disciplinary action has been taken in accordance with school board policy."
"What is going to happen at this point? When am I going to be able to talk to her parent? When I am going to be able to talk to the person responsible for this child? Because us as parents, we are responsible for them. This is child endangerment," Jordan says.

Jordan claims that the school notified her at least two hours after the incident. She says she should have been alerted right away. She's also disappointed that school didn't send a notice to all parents about the incident.

Jordan has already warned her kids never to share food or eat what someone else brings to school.

"I have told them that this point, I don't want you eating from the school. I have shut it all down. If I have to be here to bring them lunch every day that is what I am going to do," Jordan says.

Both Jordan and her daughter are hoping this incident serves a learning tool for other families and school districts.

"It hurt me so bad to see a child go through that. My daughter couldn't really articulate what was really hurting her. What she was feeling, all these different facial expressions that I never seen her make, and she was scared," Jordan said.

"Don't take food from anyone. Don't take, like, sweets, even if it looks good. It might not be good. Just don't take it," the student said.