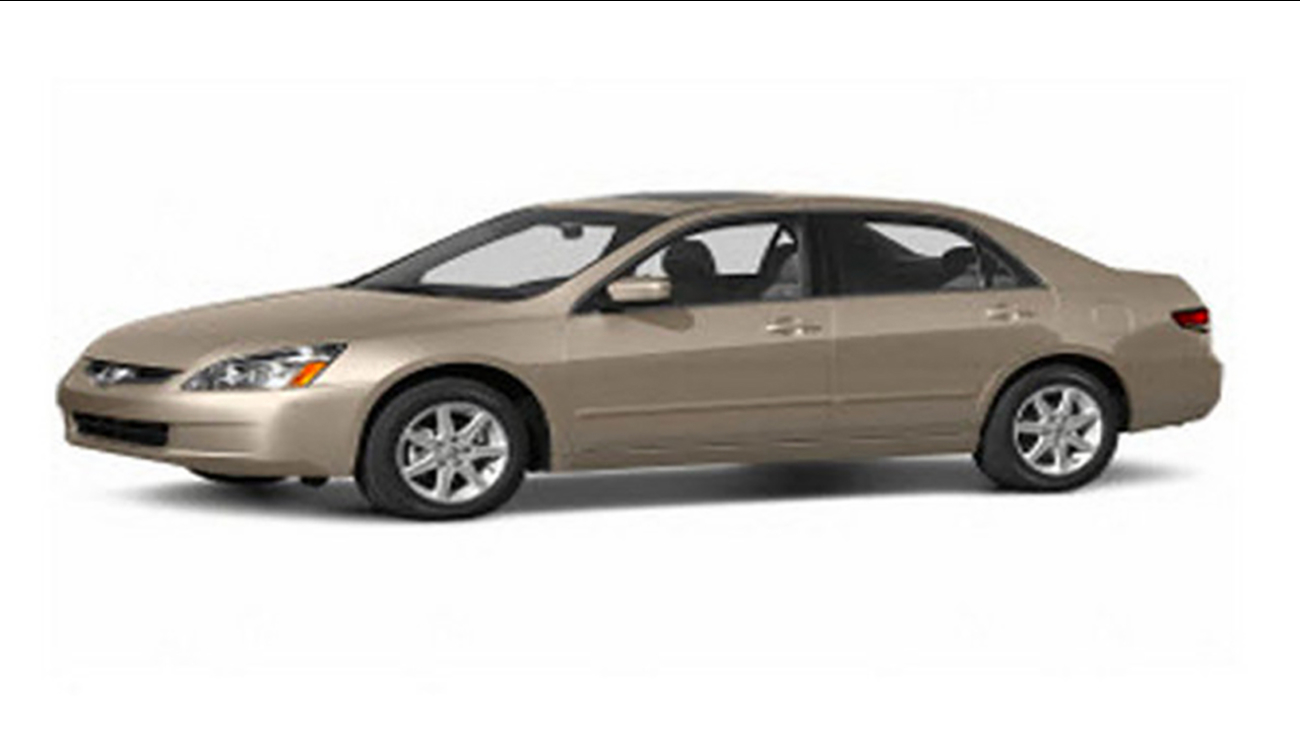 Philadelphia police are seeking a Honda Accord similar to this one following a fatal hit-and-run crash on April 14, 2020.

PHILADELPHIA (WPVI) -- Philadelphia police are searching for the hit-and-run driver who struck and killed a man crossing the street on Monday night.

It happened Monday April 13, just before 10 p.m. on the 700 block of Callowhill Street.

Police say the man was crossing Callowhill Street when he was hit by the driver of a gold Honda Accord.

That's when police say the driver got out of the vehicle, then returned and fled the scene westbound on Callowhill Street and southbound on 8th Street.

The victim was transported to Jefferson Hospital where he later died.

The striking vehicle is described as a gold Honda Accord 2003-2007 model, with tinted windows. The passenger's side of the front fender, windshield and mirror were all damaged.

The passenger's side rearview mirror was recovered at the scene.