Teacher, principal on leave after student's project on Hitler 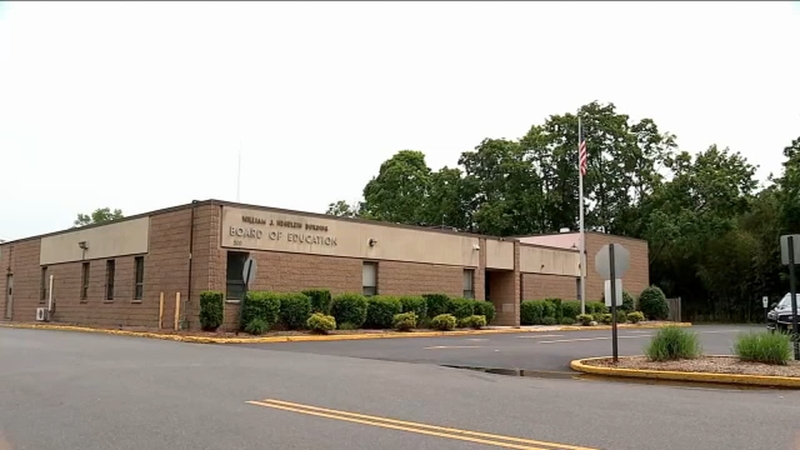 Teacher, principal on leave after student's project on Hitler in New Jersey

TENAFLY, N.J. -- The principal and a teacher at a New Jersey school are on administrative leave after a student wrote a biography glorifying Adolf Hitler. That student's work was then displayed in the school hallway for weeks.

The assignment by a student at Maugham Elementary School in Tenafly included that student dressing up as Hitler as well.


"It's appalling. It should've been stopped the minute this girl came to school," resident Shimon Avrahami said.

The fifth-grade project caught the attention of local leaders who called on the board of education to take action.

"There's the teacher, there's the principal, there's the superintendent, and that seems to be the chain of command that needs to be looked at," Shames said.

Despite the board of education's response Tuesday suggesting it was all a misunderstanding, the teacher involved and the school's principal have been placed on administrative leave.

The assignment was apparently on historical figures who personify good and evil.

"The assignment, which was given by a teacher who happens to be Jewish, asked students to speak from the perspective of one of these individuals and how they might have perceived and rationalized their actions. When people saw the students' projects, which were displayed in the school, they did not understand the assignment, resulting in justifiable concerns," the board said on Tuesday.

There was a lot of negative reaction on social media, but there is also a petition supporting the teacher who gave the assignment.

Below is the updated response from the Board of Education:

"I want to provide an update on the situation at Maugham Elementary School and outline the steps the school district is taking to address it.

"As many know, I am conducting an investigation to understand how a 5th-grade assignment that violates the district's curriculum was allowed to happen and remained displayed even after some in the school community expressed concerns about its appropriateness. This has had a devastating impact on the student involved and their family, who have been thrown into turmoil through no fault of their own. It has also been incredibly painful for our Jewish community members in the face of increasing instances of antisemitism around the country.


"While the investigation remains ongoing, I have placed the teacher and the principal involved on administrative leave pending the investigation's ultimate findings. They will remain on leave pending the conclusion of my investigation, recommendations to the Board, and the Board's further action. I also have recommended that the Board appoint an acting principal and replacement teacher at Maugham immediately.
"The district has specific guidelines and curriculum designed to teach difficult and sensitive material to students in a way that ensures the parents are informed and part of the process, and that students receive information in an appropriate and respectful way. Our initial review indicates that the curriculum and learning standards were not appropriately implemented and an attempt to individualize the project resulted in the student receiving misguided instruction from the teacher. The posting of the resulting project was offensive and inappropriate and directly violated the school Board's policies.

"Policies are only useful if they are enforced, and the ongoing investigation will seek to understand why they were not enforced with this assignment, and what steps are necessary to ensure something like this does not happen again. Our investigation will also examine where mistakes were made and why the principal at the school did not act on concerns that were raised, as well as how to strengthen those internal processes. I look forward to sharing more about how the school district can make concrete changes that prevent similar issues in the future.

"The events that have unfolded represent a failure in both providing the safe learning environment that all our kids need to learn and grow, as well as a failure in the school's initial handling. We value the feedback we have heard from parents, teachers, religious and cultural leaders, and many other concerned Tenafly residents. I hope this investigation demonstrates how seriously we take what has happened and our commitment to creating a safe and comfortable environment for our children to learn about the world.

"Finally, Maugham parents who have been directly impacted by these events should expect additional communication soon with more detail on the immediate next steps. The safety and well-being of Maugham School students, staff, and community remain at the forefront of our commitment to continued excellence in education."