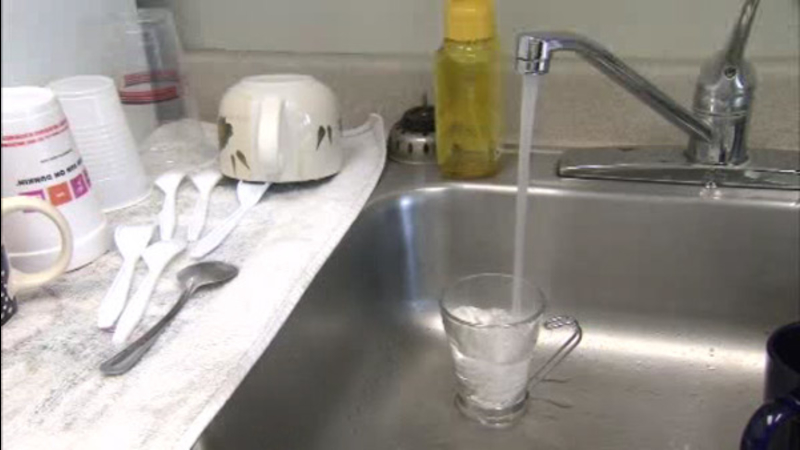 HORSHAM, Pa. (WPVI) -- For several years, some 7,600 households and businesses in Horsham, Montgomery County have worried about the town's contaminated water supply.

Now the state is sending $10-million to deal with the problem long-term. However, a short-term solution is expected to be in place by the end of this year.

The contamination stems from the former Willow Grove Naval Air Station. Twice in two years, the Federal Government told the people of Horsham that dangerous contaminants linked to cancer are in their public well water.

Now cleansing solutions, including carbon filters, are headed into the pipeline.

"I can't tell you how many heartbreaking stories I've had from folks who call my office or contact me on Facebook or send me an email with concerns that their health issues may have been caused by the water," State Senator Todd Stevens said.

This word from Harrisburg is of great interest to Trudy and Joe Pella, Horsham residents for more than 50 years.

The Navy provides them with bottled water now for drinking and cooking after the EPA told them in May that their private well water was contaminated, as well.

Joe is a two-time cancer survivor and they've lost many neighbors to cancer already.

"We have been worried about it for a long time, because some people on this street have died of cancer," Trudy Pella said.