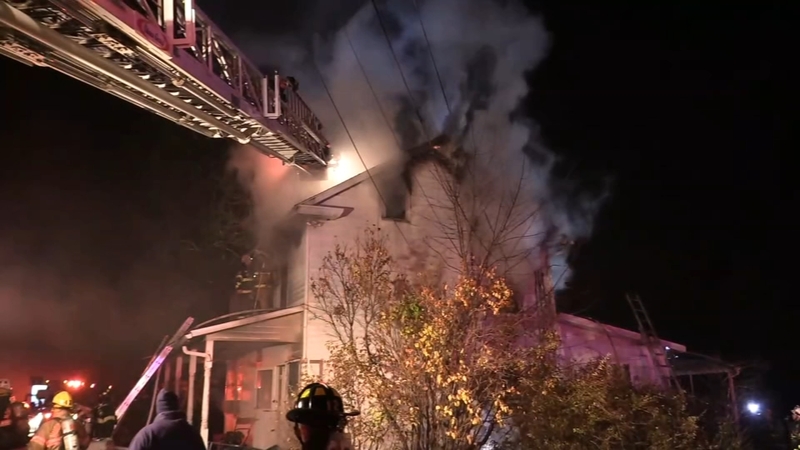 LEHIGH TOWNSHIP, Pennsylvania (WPVI) -- A 24-year-old man is under arrest after a bizarre series of events in Lehigh Township on Thursday night.

Police initially responded to reports of a naked and bloody man jumping on someone's car.

A female driver had stopped to help at that scene along the 1100 block of Quince Road when she saw a home on fire.

Police say the suspect, identified as Zachary Pammer, forced his way into the car and assaulted the woman.

Police then learned the resident of the home on fire was Pammer's cousin.

She says Zachary showed up acting weird and assaulted her as well.

There is no word on how the fire started.