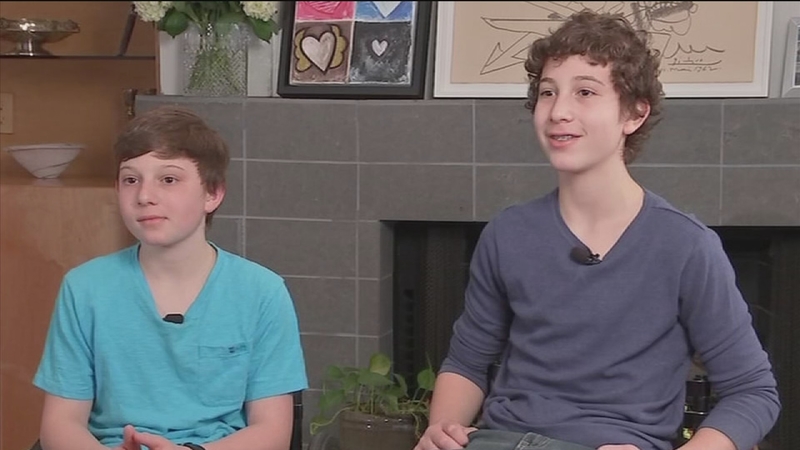 HOUSTON -- The Chevron Houston Marathon brings back many memories for 13-year-old Peter Berry and his 11-year-old brother Aaron.

Their parents Joshua and Robin Berry used to run the race. Years ago, Peter and Aaron were among thousands that waited along the race route as they cheered on their parents.

"We'd be waiting and finally see them and they'd come over and say hi," Aaron said.

This year, they will have a much different role as they are the official starters of the race.

"It's a great honor to just go out there and support all the runners and to just be on stage and start the marathon," Peter said.

They were chosen because for so many, they are a symbol of perseverance and strength. Three years ago, the Berry family was in West Texas headed home from a family vacation when a distracted driver crashed into them head-on, killing both parents. Aaron and Peter were left paralyzed from the waist down, while their younger sister Willa suffered broken bones.

The Berry brothers say they'll be thinking of their parents at the starting line, all while encouraging the runners.

"Our parents ran it, and we're going to run it when we get older. So you guys should keep running and don't stop," Peter said.