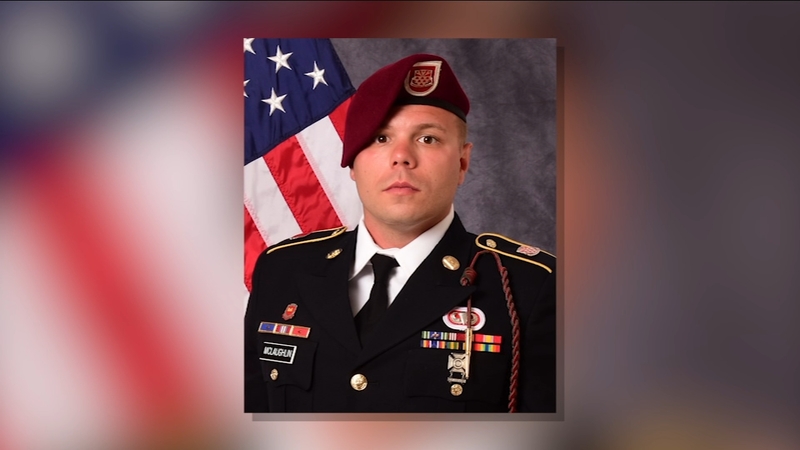 FORT BRAGG, N.C. (WPVI) -- The body of a Fort Bragg soldier who was killed in Afghanistan last weekend has been returned to his family.

Staff Sgt. Ian Paul McLaughlin, of Newport News, Va., was one of two soldiers killed in Kandahar, Afghanistan from an improvised explosive device a week ago.

Two U.S. service members were killed and two others injured when their vehicle was hit by a roadside bomb in southern Afghanistan.

McLaughlin was honored at Fort Bragg before his remains were given to his wife and children on Saturday. The funeral procession moved from the post to Lafayette Funeral Home in Fayetteville.