Some tell Action News it's a good thing they started their shopping early.
WPVI
By Dann Cuellar and 6abc Digital Staff 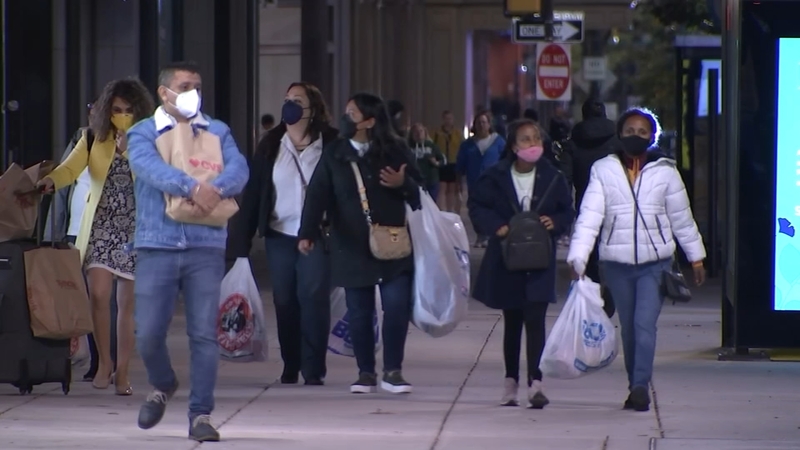 PHILADELPHIA (WPVI) -- Shoppers were out Friday night in Philadelphia to get a closer look at what this year's holiday shopping season may have in store.

Some tell Action News it's a good thing they started their shopping early.

"This is crazy. Everything is just gone," said one shopper as many started their holiday shopping early due to the threat of shortages and/or shipping delays amid recent supply chain issues.

"There's definitely a lot of aisles that are empty. It looks like they're not stocked for the season," said Stella Obeng-Derko of West Philadelphia.

Raheem Aaron of North Philadelphia said, "I see some of the stores don't have all the stuff they used to have, so that's an issue."

According to a Bank of America survey, nearly two-thirds of U.S. consumers started preparing for the holidays as early as October out of supply chain concerns.

"I started my internet shopping basically cause the stores really don't have too much of anything. It's basically empty," said Kimberly Duncan of West Philadelphia.

Inflation is another reason some shoppers have a sense of urgency about their holiday shopping.

"The prices were crazy. I was like, 'Wow, something different than what I was used to,'" said Aaron.

Retailers had been warning for weeks that supply chain difficulties would interfere with the usual holiday shopping season.

Customers were also made aware that they should expect higher prices and not expect to find everything they want in stores.

Some are turning to online shopping, but experts warn that just because you order it does not guarantee you will get it on time, so shop early.