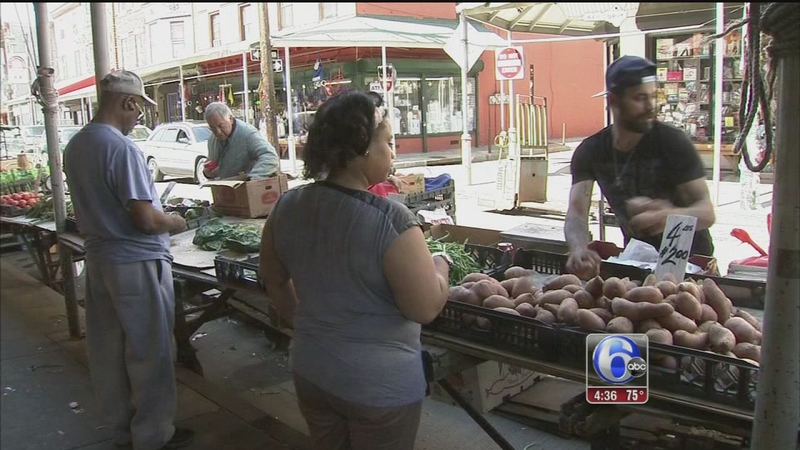 SOUTH PHILADELPHIA (WPVI) -- It's Italian-American heritage month and in historic Philadelphia, there's a lot to toast to.

You've probably seen the signs in the Italian market that say - "Cent'Anni" - as what's affectionately called 9th street celebrates a century of culture and tradition.

Each step on 9th street comes with a strong sense of nostalgia - like it's still 1915 and in many ways, not much has changed.

Domenick Crimi has been working in his family's butcher shop since he was 5-years-old.

It opened back in 1920. The secret for its longevity? It's stayed in the family.

"You have people who are willing to work hard you have a lot of families involved," said Dominic.

Now, 9th street is where the old meets the new. Restaurant Neuf just opened. And steps away, the fruit and vegetable stands are still standing and still providing the pulse of the neighborhood.

"Without them I don't think we would have half the biz that we have. Really so that's the heart and soul right here," said Dominic.

Up the block at DiBruno Brothers, they've been serving cheese for 76 years.

And around the corner on Christian Street, Isgro Pasticcieria is even older than Italian market - 111 years young - and even had the honor of creating pastries for Pope Francis when he was in town.

"When I got the menu for what the pope wanted to have - dulce de leche was on the menu and so were s'mores. He likes s'mores," said Isgro's pastry chef.

"As long as it sells, I anticipate keeping it for a long time," he added.

Barba is one of the organizers of the city's Columbus Day Parade - a day to celebrate the city's storied and strong pride.

"This is the heart and soul of the Italian immigrants," said Barba.