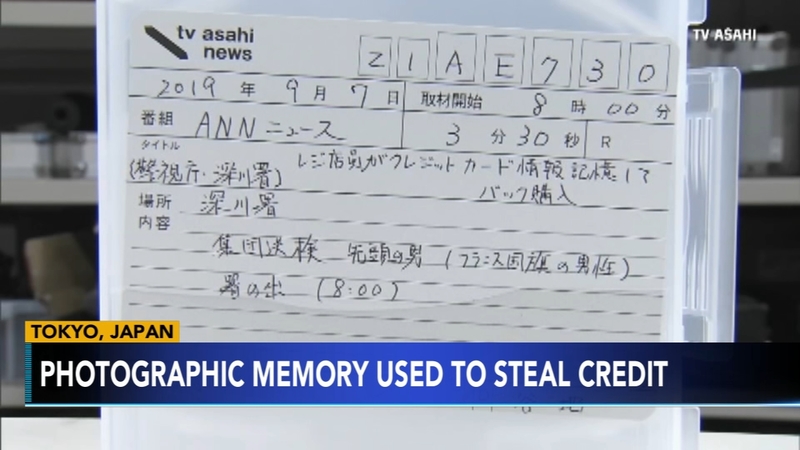 Police in Tokyo arrested a part-time shopping mall clerk for using customer credit card number he memorized to buy items on the internet.

They found a notebook he allegedly used to write the numbers down.

He is accused of using those numbers to make internet purchases since March of last year.

Police busted him after he ordered expensive bags worth about $2,600 that he intended to sell at a pawn shop.