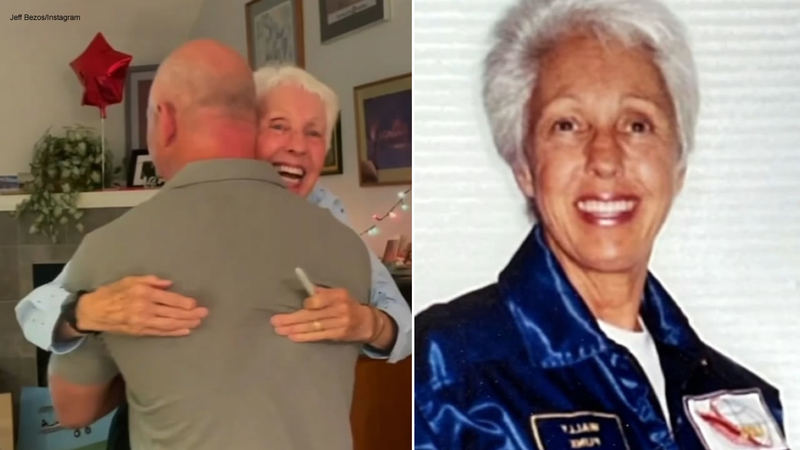 CAPE CANAVERAL, Florida -- After a half-century of waiting, Wally Funk -- who trained for NASA's Mercury program but was denied the opportunity to go to space -- finally got her time amongst the stars.

She was specially selected by the world's richest man, Jeff Bezos, to accompany him, his brother, and auction winner 18-year-old Oliver Daemen on the suborbital trip.

The 82-year-old took the fourth spot on the inaugural crewed flight of its New Shepard suborbital spacecraft. 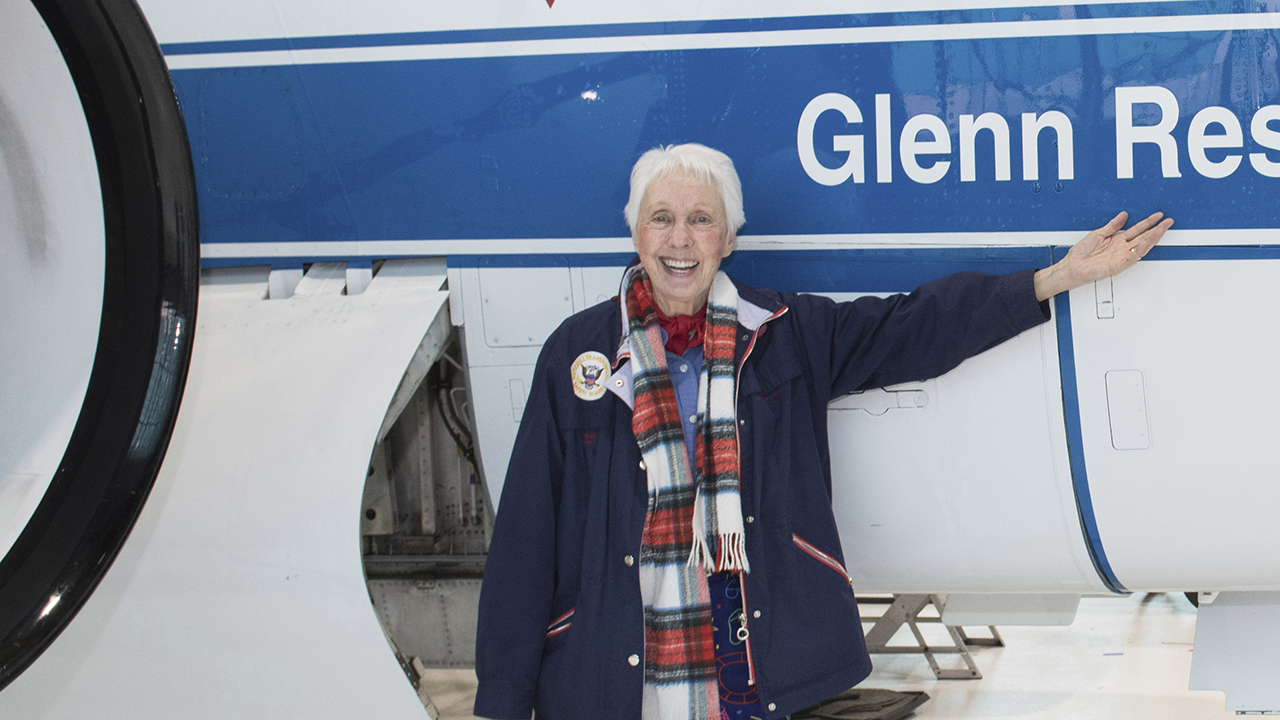 In this 2019 photo made available by NASA, Mercury 13 astronaut trainee Wally Funk visits the Glenn Research Center at Lewis Field in Cleveland, Ohio.

Funk flew on New Shepard as an "honored guest," according to a post on Bezos' Instagram, which also showed Bezos revealing to Funk that she would join the mission. She then beamed and yelled excitedly.

Funk volunteered as a member of the "Mercury 13" program, otherwise known as the "Woman in Space Program," in February of 1961, which was a privately-funded effort intended to begin training women to fly in NASA's earliest space programs. The 13 women in the program undertook all of the training and testing that the seven men selected by NASA for the Mercury spaceflight program undertook.

Funk became the youngest woman to graduate from the program, and she was told she "had done better and completed the work faster than any of the guys," she said during a promotional video about her participation in the Blue Origin flight.

Funk even spent 10 hours and 35 minutes inside a sensory deprivation tank in one Mercury 13 test, outperforming famed astronaut John Glenn.

"I got ahold of NASA four times, and said 'I want to become an astronaut,' but nobody would take me," Funk said. "I didn't think I would ever get to go up. Nothing has ever gotten in my way. They say, 'Wally, you're a girl, you can't do that.' I said, 'Guess what, doesn't matter what you are, you can still do it if you want to do it,' and I like to do things that nobody's ever done before."

Funk has extensive experience piloting aircraft, logging over 19,600 flying hours, and teaching more than 3,000 people how to fly private and commercial aircraft.

"Everything the FAA has, I've got the license for. And I can outrun you," she joked.

But Funk didn't need all that experience to fly on Blue Origin's New Shepard vehicle. The fully autonomous spacecraft and rocket system is designed to allow virtually anyone to become an astronaut after just a few hours of safety instructions and training at Blue Origin's facilities in West Texas.

New Shepard's suborbital fights hit about three times the speed of sound - roughly 2,300 miles per hour - and fly directly upward until the rocket expends most of its fuel. The crew capsule then separates from the rocket at the top of the trajectory and briefly continues upward before the capsule almost hovers at the top of its flight path, giving the passengers a few minutes of weightlessness. It works sort of like an extended version of the weightlessness you experience when you reach the peak of a roller coaster hill, just before gravity brings your cart - or, in this case, your space capsule -- screaming back down toward the ground.

The New Shepard capsule then deployed a large plume of parachutes to slow its descent to less than 20 miles per hour before it hit the ground, and Bezos and his fellow passengers were further cushioned by shock-absorbent seats.

According to a 2019 profile of Funk in the Guardian, Funk previously purchased a ticket aboard the suborbital spaceplane built by the Richard Branson-backed company Virgin Galactic, Blue Origin's direct competitor.

It's not clear if Funk will keep her plans to fly with Virgin Galactic as well.