Sarah Sanders and other notable Trump resignations, firings and departures 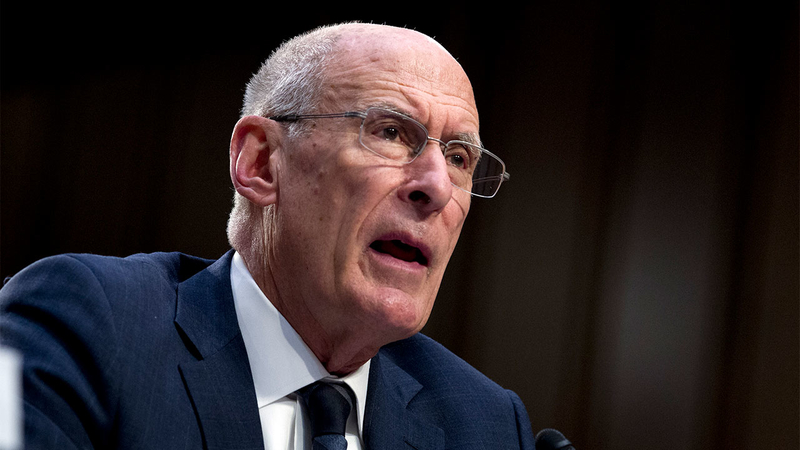 The changes in President Trump's administration

President Donald Trump's staff has undergone several changes in the time since he took office.

Here's a look at other notable people who resigned or were fired from the Trump administration:

White House press secretary Sarah Sanders, whose tenure was marked by a breakdown in regular press briefings and questions about the administration's credibility, as well as her own, will leave her post at the end of June, President Donald Trump announced on June 13.

Sanders is one of Trump's closest and most trusted White House aides and one of the few remaining on staff who worked on his campaign.

Deputy Attorney General Rod Rosenstein submitted his resignation April 29, 2019, after a two-year run defined by his appointment of a special counsel to investigate connections between President Donald Trump's campaign and Russia.

His last day was May 11, ending a tumultuous relationship with Trump and a tenure that involved some of the most consequential, even chaotic, moments of the president's administration.

Trump announced on Thursday, Dec. 20, that Defense Secretary Jim Mattis would retire at the end of February. Trump's announcement came a day after he surprised U.S. allies and members of Congress by announcing the withdrawal of U.S. troops from Syria.

In a tweet Dec. 15, President Donald Trump announced that Ryan Zinke was leaving his post as Interior Secretary. Zinke, who served in the Trump administration for two years, had been facing federal investigations into his travel, political activity and potential conflicts of interest.

Trump announced on Dec. 8 that chief of staff John Kelly would leave his job at the end of the year. Kelly, a retired Marine general who served as chief of staff since July 2017, previously served as secretary of homeland security.

Attorney General Jeff Sessions resigned on Nov. 7, 2018. His resignation was effective immediately; ABC News reported that it came at the request of the president.

"We thank Attorney General Jeff Sessions for his service, and wish him well! A permanent replacement will be nominated at a later date," Trump tweeted.

....We thank Attorney General Jeff Sessions for his service, and wish him well! A permanent replacement will be nominated at a later date.

Nikki Haley resigned from her job as ambassador to the United Nations, she announced in a press conference with President Trump. Prior to her appointment in November 2016, Haley was the first female governor of South Carolina.

Haley told reporters that she does not plan to run in 2020.

For months, pressure was mounting against Environmental Protection Agency Administrator Scott Pruitt because of several allegations of ethics violations. On July 5, 2018, Trump tweeted that he had accepted Pruitt's resignation.

The president said Pruitt did an "outstanding job" and "he would always be thankful to him for this." Andrew Wheeler was tapped as Pruitt's replacement.

The White House said Omarosa Manigault Newman - director of communications for the White House Office of Public Liaison - left the administration in early 2018. The White House aide was initially known as a reality television star, beginning with the first season of "The Apprentice."

White House press secretary Sarah Sanders said in a statement regarding the Homeland Security adviser's resignation: "The President is grateful for Tom's commitment to the safety and security of our great country. Tom led the White House's efforts to protect the homeland from terrorist threats, strengthen our cyber defenses, and respond to an unprecedented series of natural disasters. President Trump thanks him for his patriotic service and wishes him well."


David Shulkin
Veterans Affairs Secretary David Shulkin, a lone holdover from the Obama Administration, left his position following an internal investigation alleging ethics violations and misuse of taxpayer dollars. Shulkin claims he resigned from his position, while the White House says he was fired.

Andrew McCabe
On March 16, the president tweeted that Andrew McCabe, deputy director of the FBI, had been fired. He called it a "great day for the hard working men and women of the FBI." McCabe, who was fired just two days before his retirement, kept memos of his conversations with the president much like his former boss James Comey, ABC News reported.

Hope Hicks
Hicks was the longest serving Trump aide before she announced her resignation as White House communications director. Trump praised Hicks for her work over the last three years, saying that he "will miss having her by my side."

The resignation came after Hicks admitted to occasionally telling "white lies" for Trump while being interviewed by the House intelligence panel. She said she had not lied about anything relevant to the Russia investigation.

Steve Bannon
Bannon served as the White House's chief strategist before resigning from his post on August 14, exactly one year after he joined Trump's campaign. He returned to leading the conservative media outlet Breitbart News following his resignation.

Sean Spicer
The White House press secretary resigned after a tumultuous six-month run on the podium where he often had run-ins with the press. His daily televised briefings made him the subject of a high-profile Saturday Night Live parody by Melissa McCarthy.

Michael Flynn
Trump's first National Security Advisor, former Lieutenant General Michael Flynn, had the shortest tenure in that position. After just 24 days, Flynn resigned on February 13, after The Washington Post stated he had spoken with Russian Ambassador Sergey Kislyak during the transition of power.

James Comey
Trump fired the FBI director on May 9, 3-and-a-half years into a 10-year term. He initially claimed that Comey's firing was due to his handling of the Hillary Clinton investigation during the 2016 election, but he also admitted to NBC's Lester Holt that it was because he was unhappy with the investigation into his own campaign's ties with Russia.

Former RNC chair Reince Priebus was appointed to the powerful position of Chief of Staff but unceremoniously fired, seemingly via tweet, on July 28. Trump announced that General John Kelly, serving as Secretary of Homeland Security, would be replacing him.

I am pleased to inform you that I have just named General/Secretary John F Kelly as White House Chief of Staff. He is a Great American....