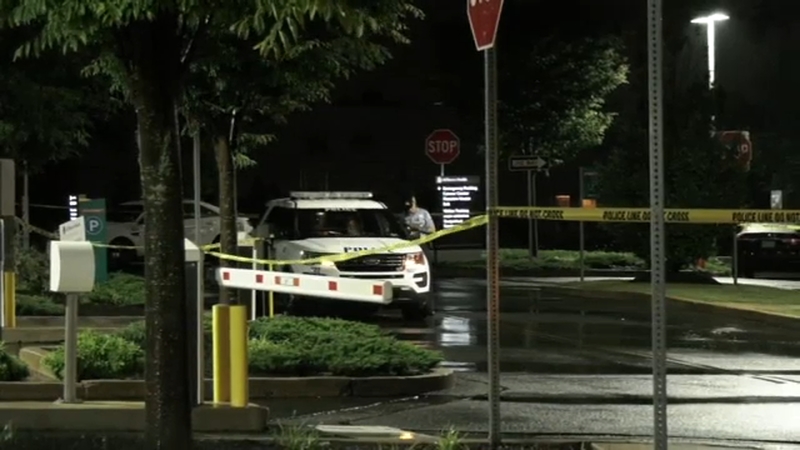 PHILADELPHIA (WPVI) -- A woman has been arrested after police say she shot her 31-year-old ex-boyfriend just outside of the entrance of a hospital emergency room Wednesday night.

The victim had been visiting sick family members at Jefferson Torresdale Hospital.

Police said he was leaving around 10 p.m. when his ex-girlfriend appeared. He allegedly had been arguing with her throughout the day via text messages.

"He was walking past the emergency room entrance. That's when his ex-girlfriend showed up in a vehicle, got out of the vehicle, and fired four shots from a semiautomatic weapon, striking the 31-year-old victim one time in his back," said Philadelphia Police Chief Inspector Scott Small. "The victim was able to walk several feet into the doors of the emergency room."

He was listed in stable condition and was speaking with officers.

Small said, "For an unlucky guy to get shot by his ex-girlfriend, he's very lucky he got shot just feet away from the emergency room of a trauma center hospital."

He told police that he had been with his 30-year-old ex-girlfriend for several years and there had been ongoing problems. He provided police with her name, address, and vehicle information.