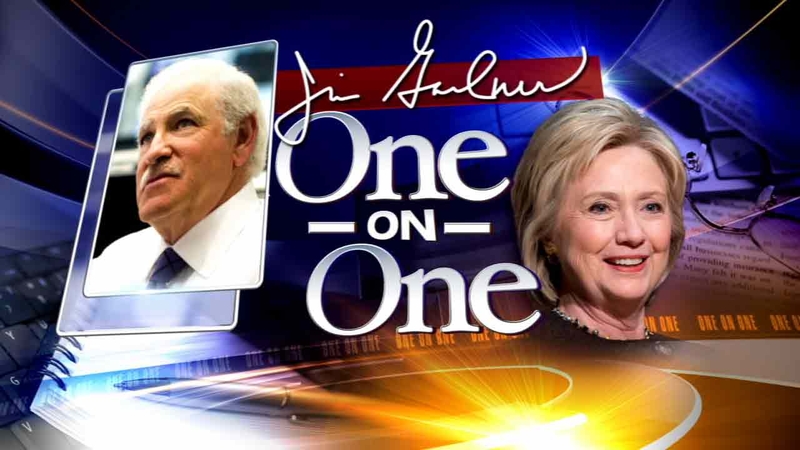 They talked about a number of issues, including the scourge of gun violence in Philadelphia.

Hillary Clinton: I am heartbroken by the stories that are coming out of Philadelphia, even this past weekend. 12 people shot, four people killed, as I recall, a police officer shot, a 4-year-old girl killed by her own father because he was handling a gun inappropriately. Honestly, this is a tragedy. It is an epidemic at the same time.

I would do everything as president to help reform the criminal justice system, work with our police departments; there are a lot of good departments and good police officers who are doing a very important and successful job, controlling crime, but doing it consistent with civil liberties, privacy, our rights.

We need to understand what is going on that causes people to reach for guns to settle minor disputes or to not know how to keep guns out of the wrong hands.

Jim: You say there is simply too many guns.

Jim: Former mayors [Ed] Rendell and [Michael] Nutter, whom I know you know very well, tried to get Harrisburg to pass legislation allowing Philadelphia to establish its own stricter gun laws. Philadelphia has not been successful in their efforts to do that.

Hillary: Well, that's because the gun lobby intimidates legislatures from across Pennsylvania. There's a big difference between respecting the Second Amendment, understanding that it does grant rights, and coming up with common sense gun safety measures that are consistent with the Constitution and which provide communities with more authority to be able to make laws that are suited to their particular conditions.

And I think it's a real shame what has happened in Pennsylvania because of the power of the gun lobby.