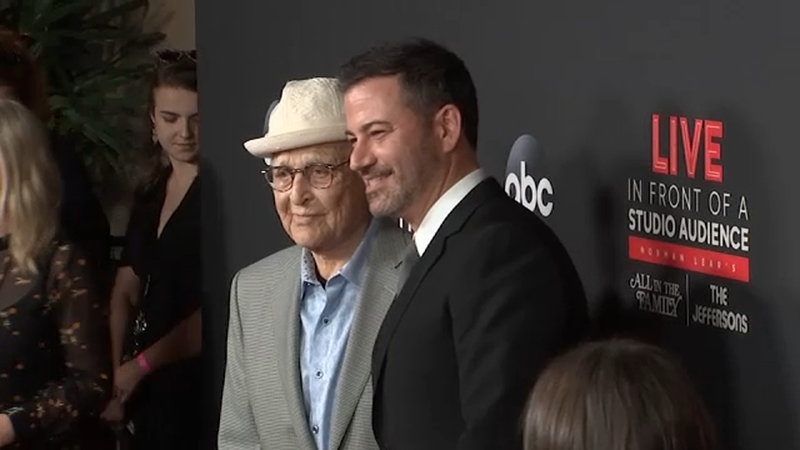 HOLLYWOOD, LOS ANGELES -- Jimmy Kimmel and Norman Lear took part in an event to celebrate their Emmy nominations. "Jimmy Kimmel Live" has an Emmy nomination for outstanding Variety talk series. And the special, "Live in Front of a Studio Audience," which Kimmel hosted and executive produced with Norman Lear, is up for three Emmys.

Kimmel was thrilled at the chance to pay tribute to the timeless work of 97-year-old Lear.

"He is much sharper than anyone I know, and for him to get these accolades while he's still around to receive them is the greatest," said Kimmel.

"What we did all those years ago still plays because we suffer as human beings, suffer, the word, in quotes, the same problems," said Lear.

When it comes to his Emmy-nominated talk show, look out for something unusual on Thursday, Aug. 8. Kimmel and five other late night talk shows have booked a special "mystery guest."

"I've been sworn to secrecy. It's a funny thing and it's going to be fun," said Kimmel. "And it's happening across all the late-night shows simultaneously."