Many people took to the streets of Philadelphia to react to the announcement of Joe Biden being elected the next president of the United States.

PHILADELPHIA (WPVI) -- People took to the streets of Philadelphia to react to the announcement Saturday of Joe Biden being elected the next president of the United States.

A number of celebrations erupted around the city, including outside the Pennsylvania Convention Center. All eyes had been focused on the center, where ballots cast in Philadelphia have been counted since Election Day.

There are roughly 62,000 mail ballots remaining to be counted across Pennsylvania. Biden has won the overwhelming majority of mail ballots cast in the state.

ABC News characterized Joe Biden as the apparent winner in Pennsylvania, putting him over the 270 vote threshold needed to capture the presidency.

RELATED: Joe Biden is the apparent president-elect, vowing new direction for divided US

As news of the win spread, a large crowd - both of Biden and President Donald Trump supporters - remained outside of the Pennsylvania Convention Center.

For days a crowd has been staked out at the site where the votes are currently being tallied in Philadelphia.

On one side, it's a dance party in support of Biden, and on the other, Trump supporters.

The Trump side says they just want transparency. They demand Trump representatives be able to watch the votes be counted, responding to Trump's baseless claims of widespread fraud in the race for the White House.

PHOTOS: Images of the reaction in Philadelphia after Biden named president-elect 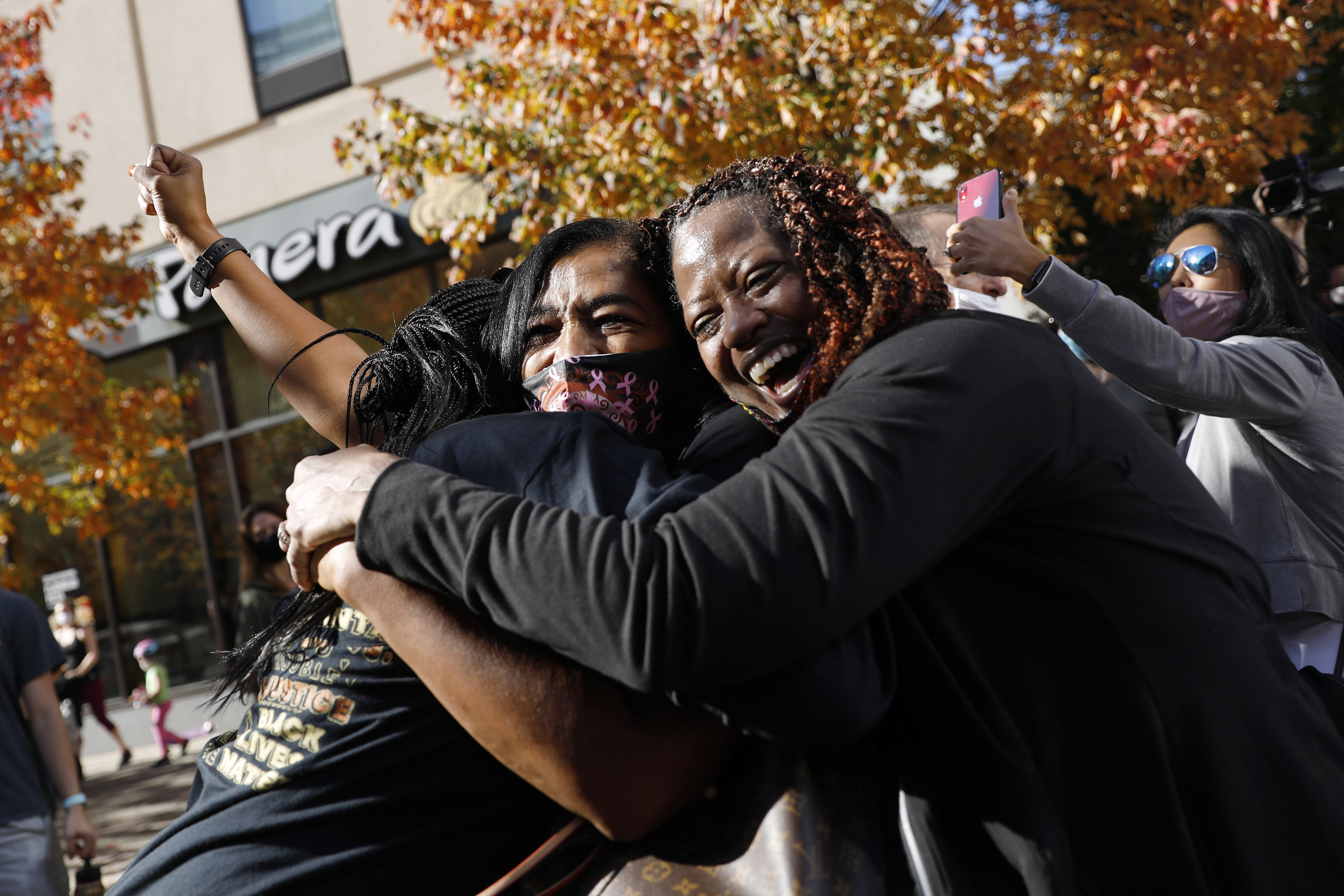 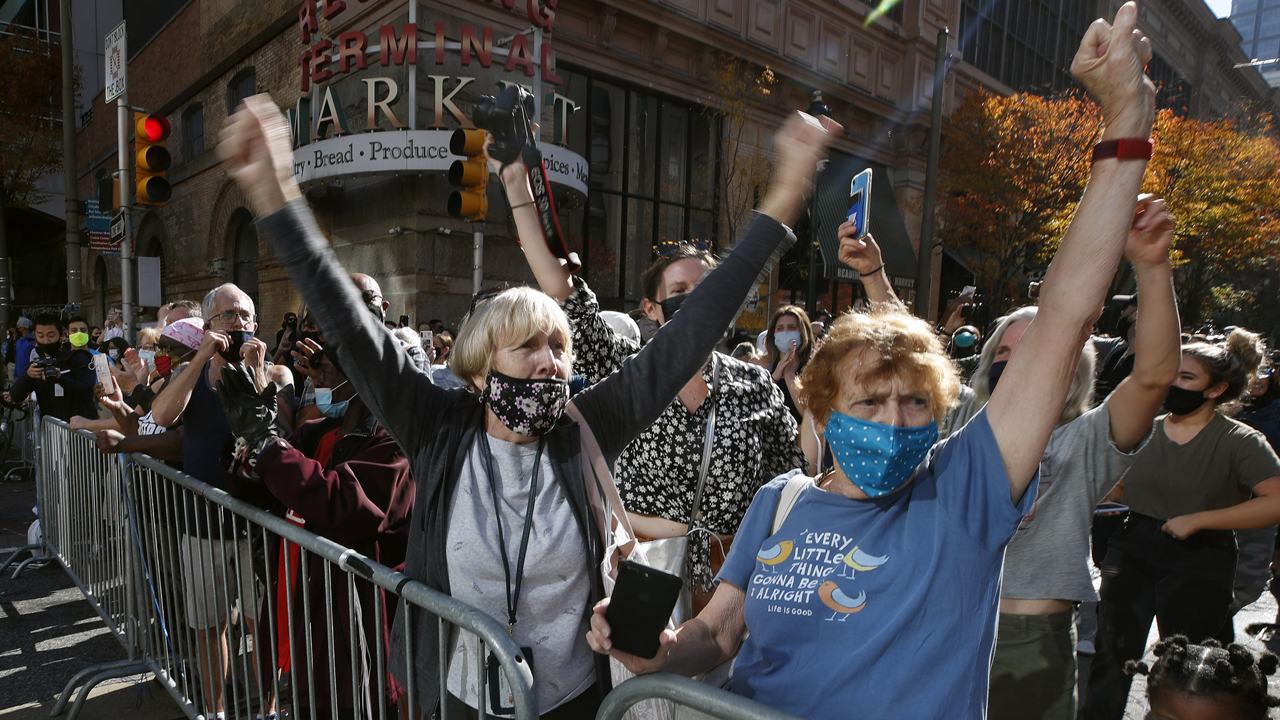 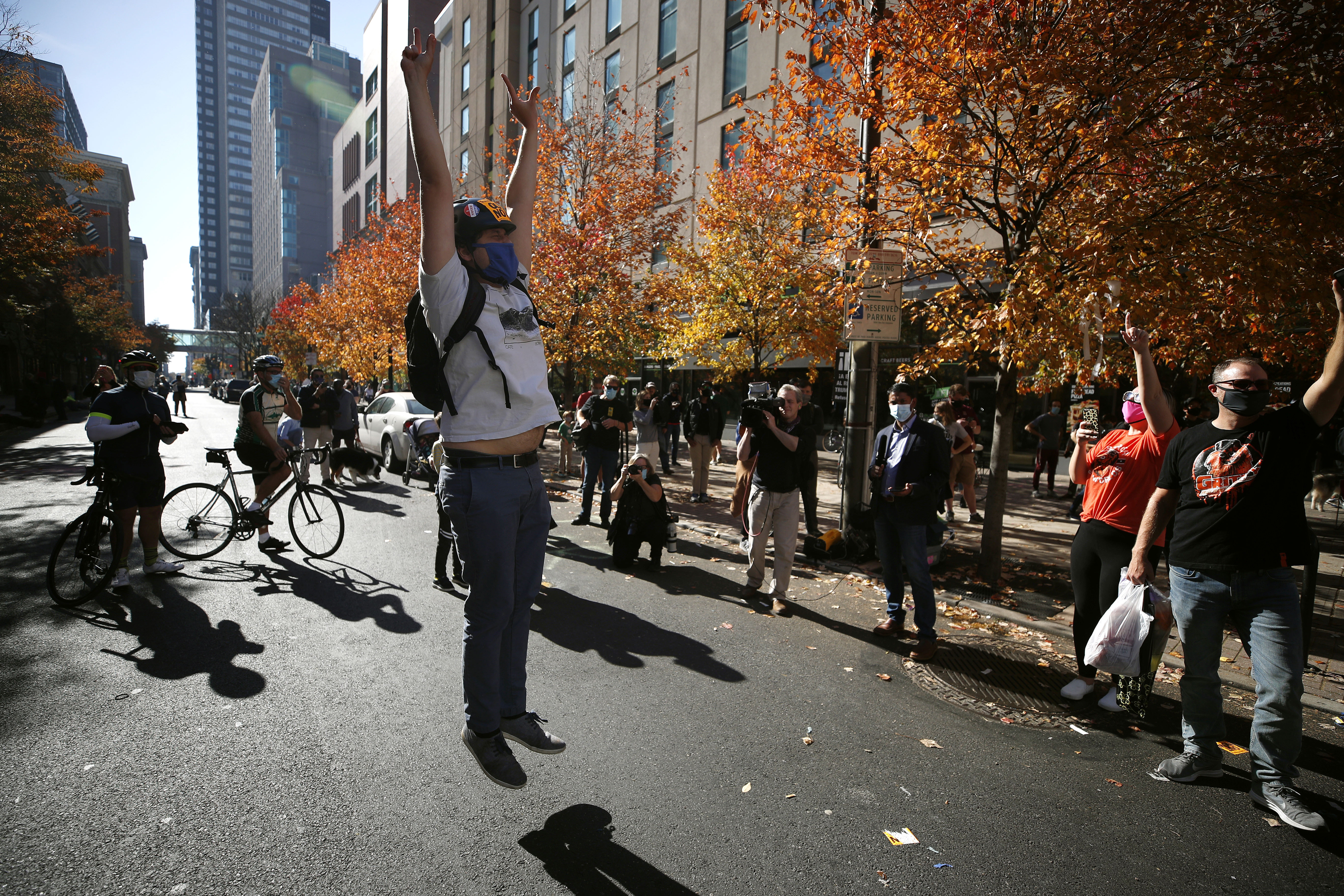 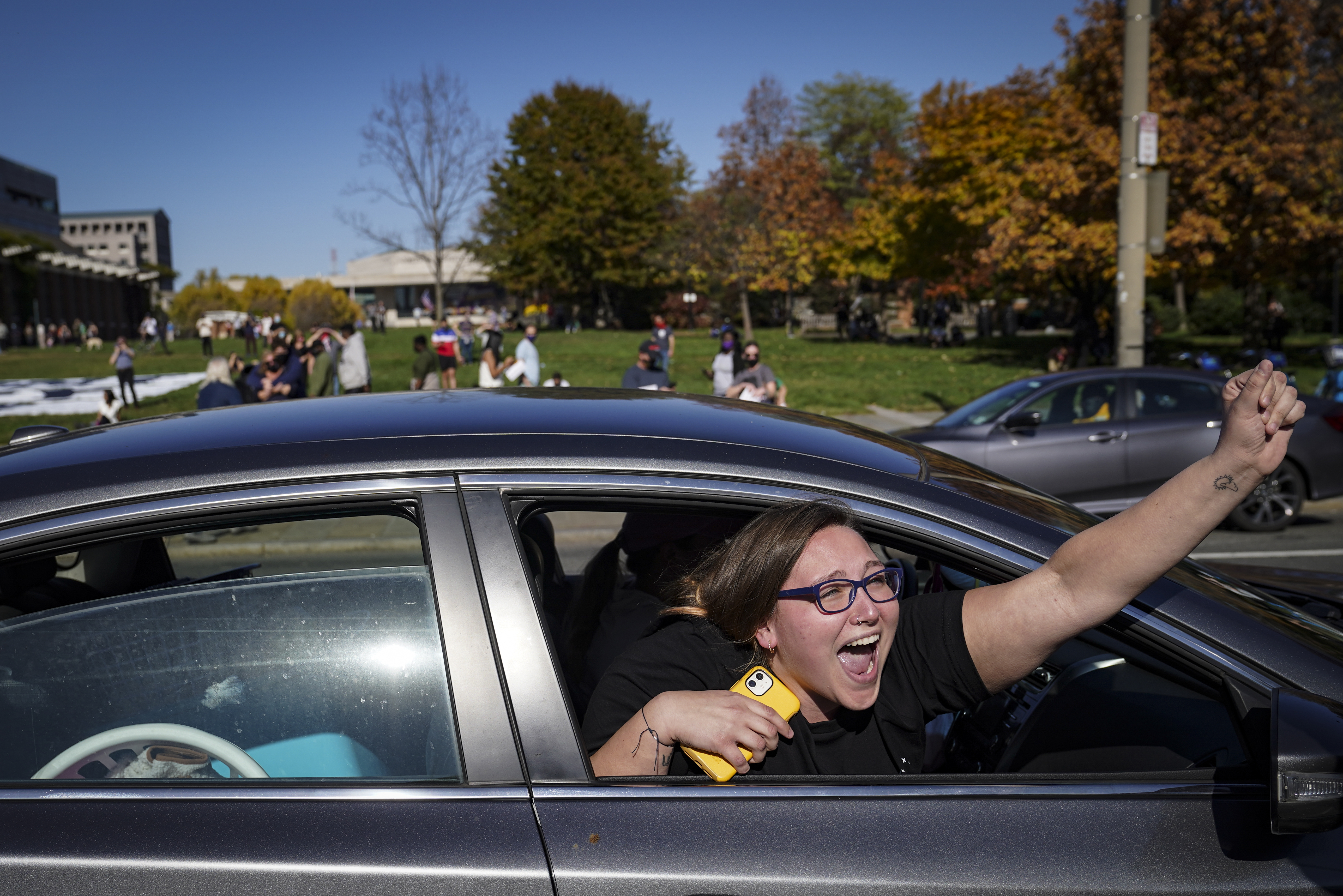 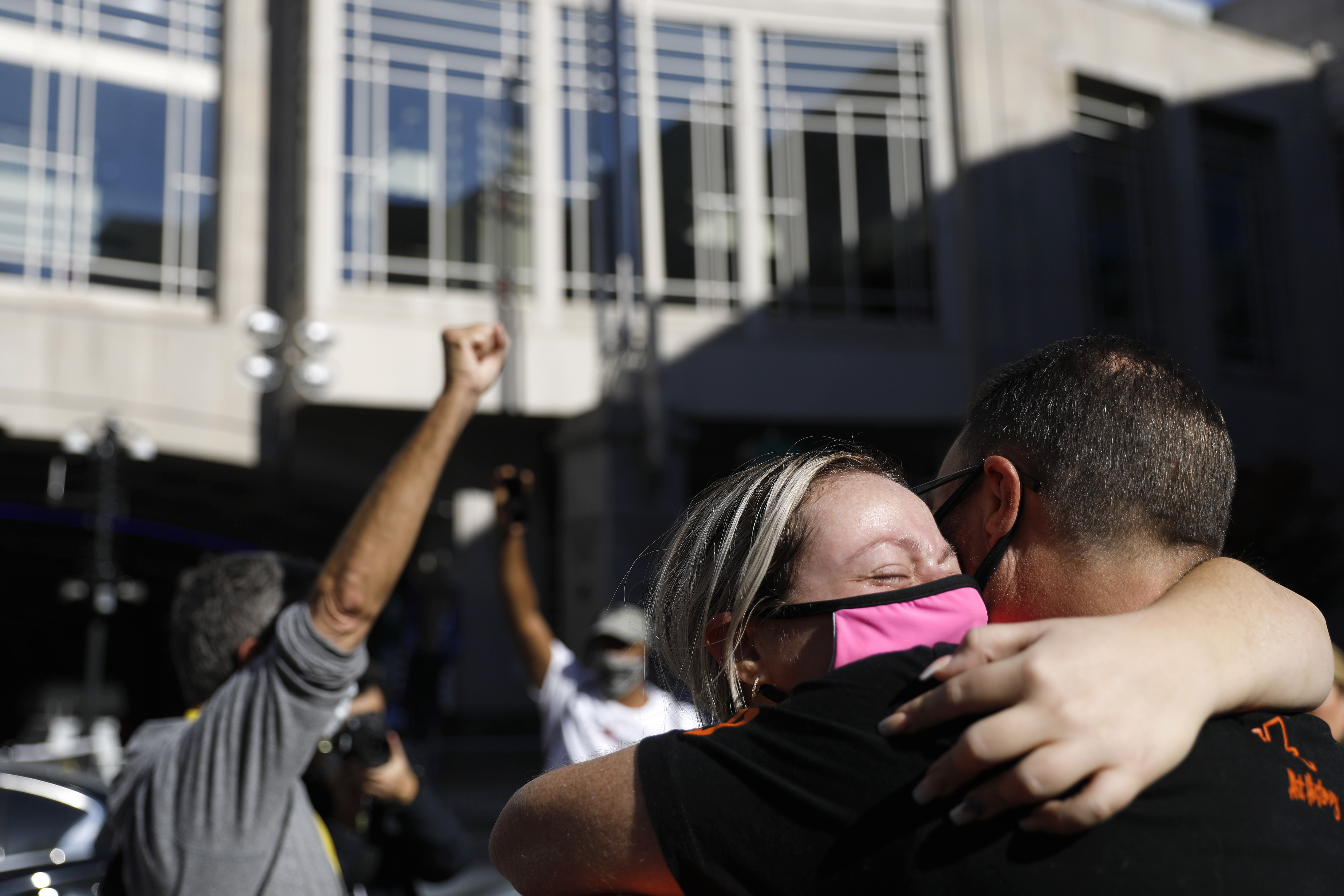 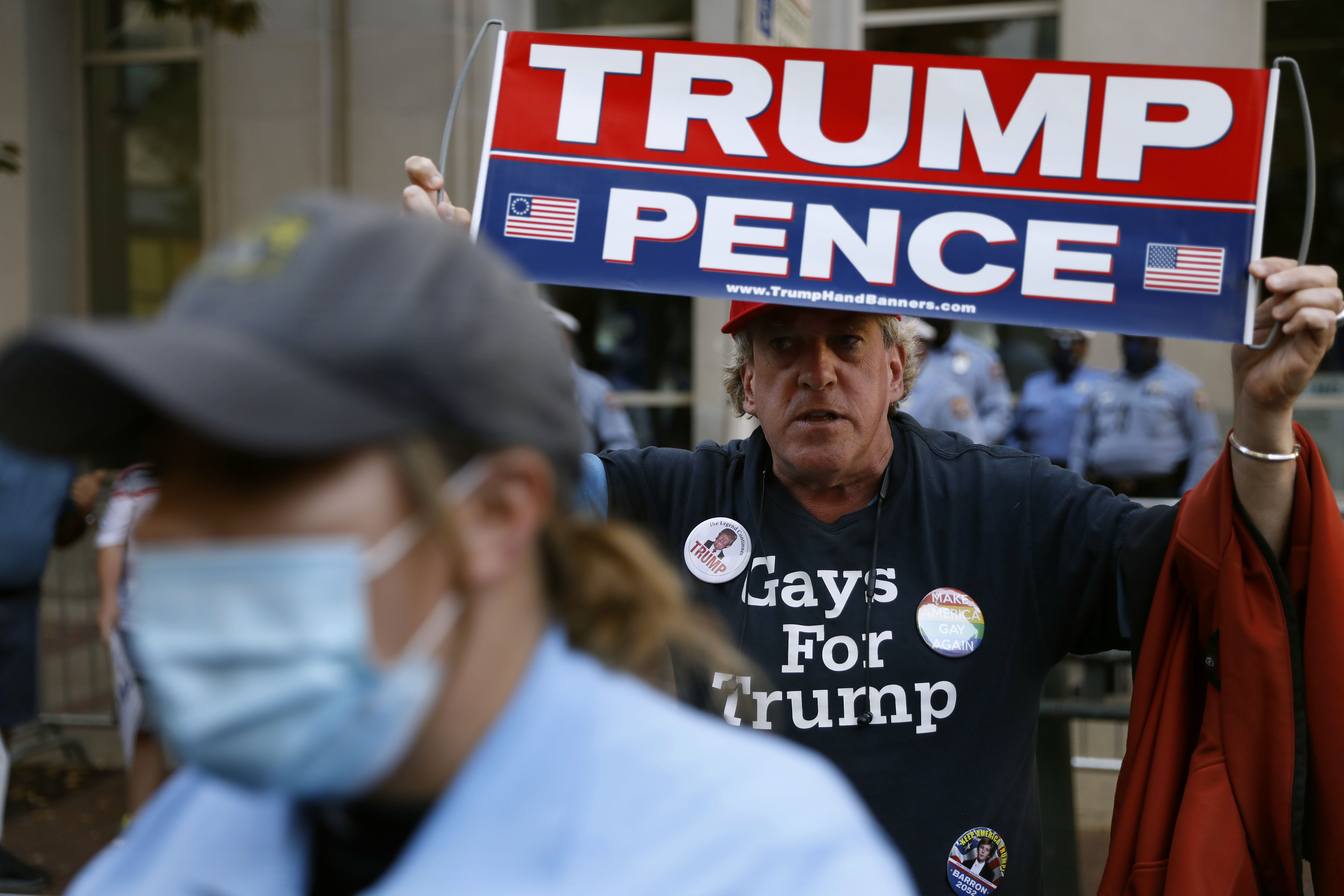 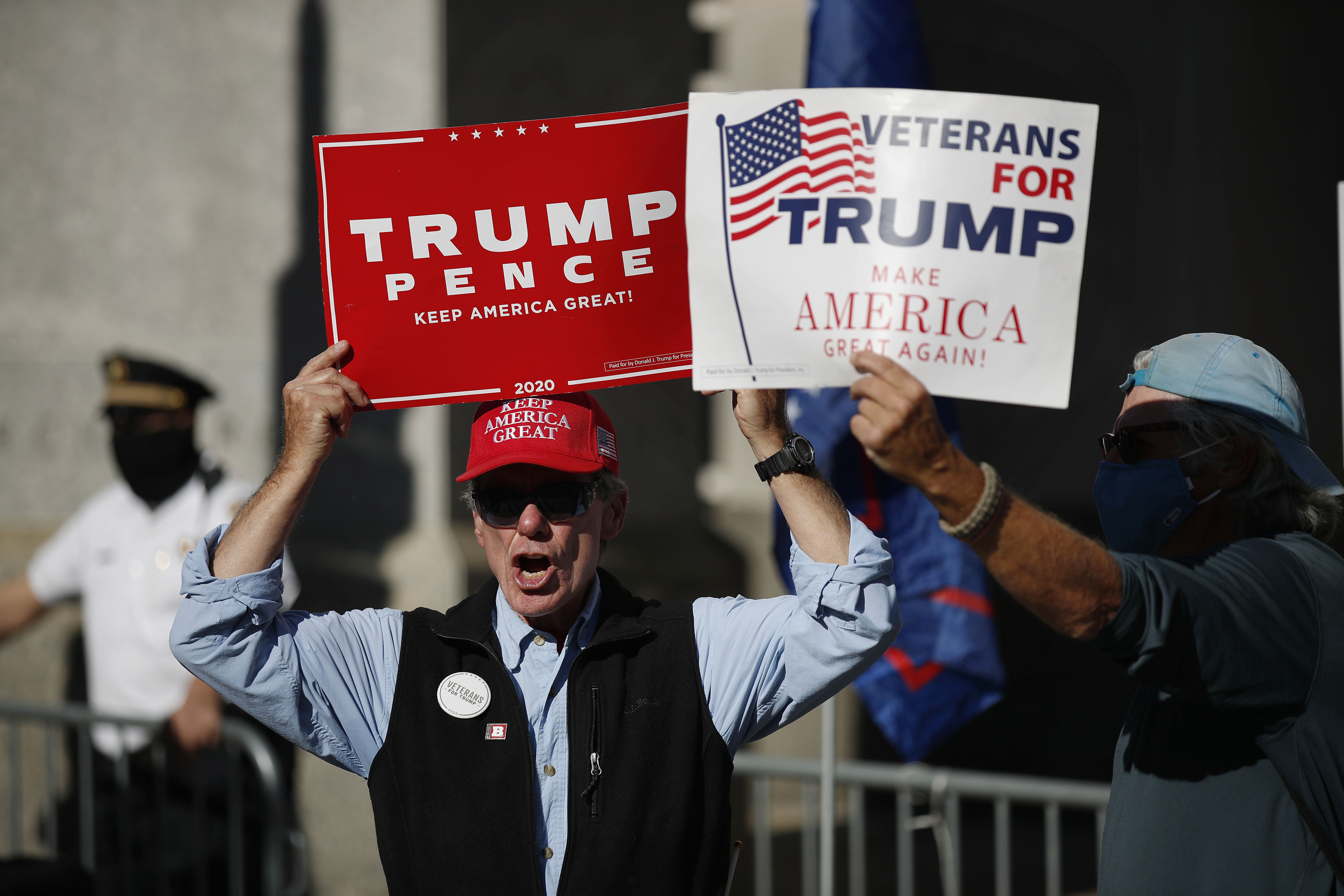 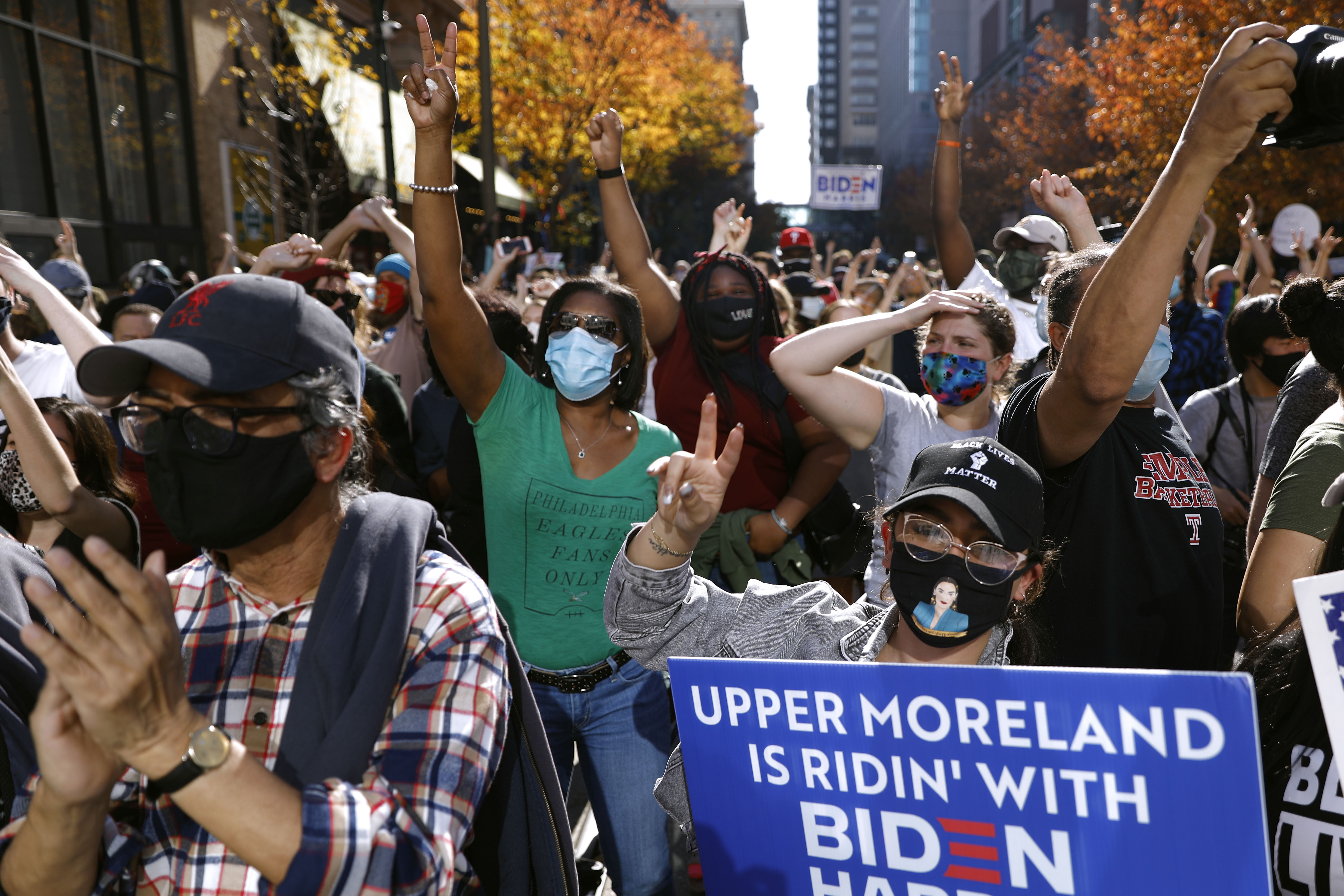 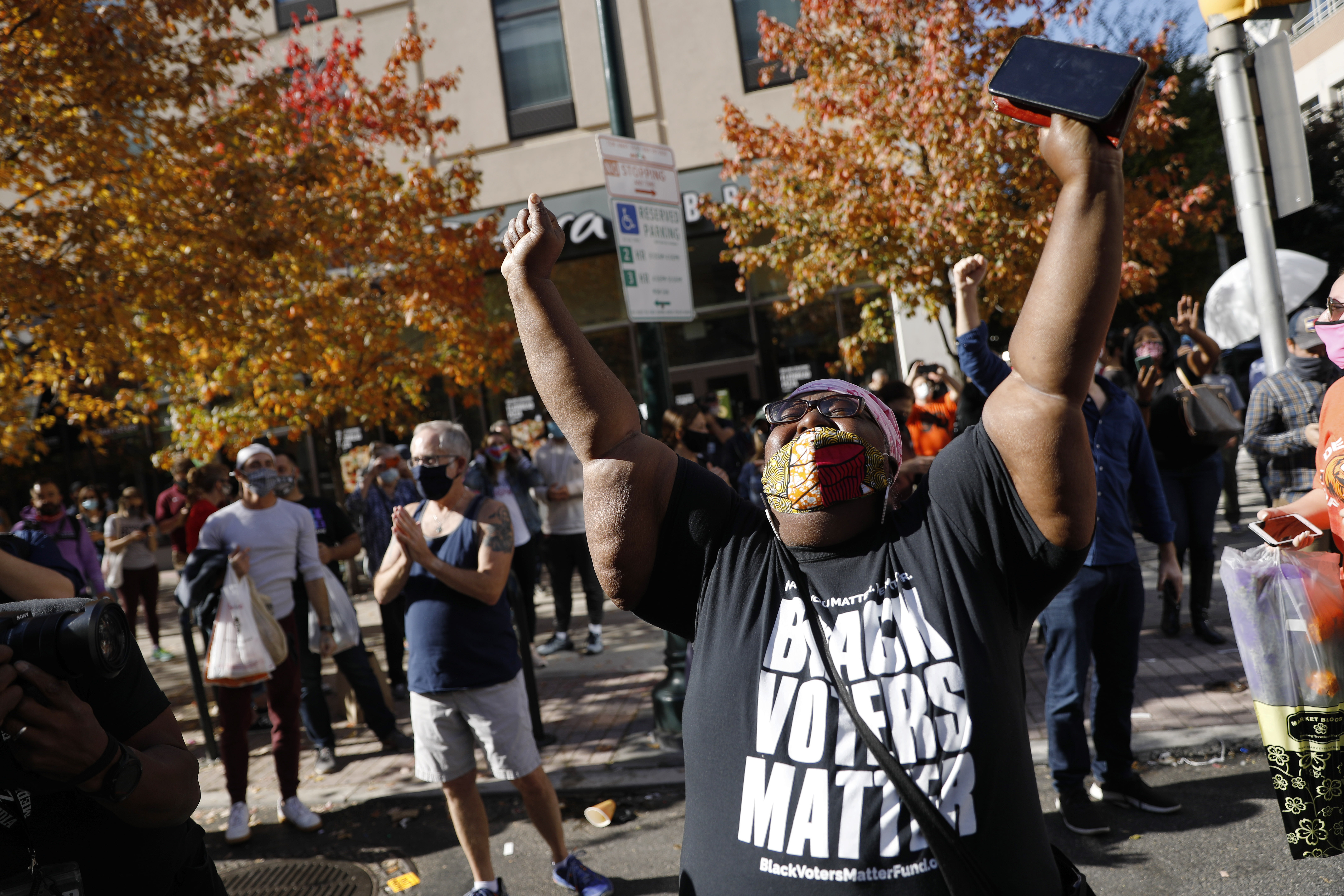 "What we're seeing are inconsistencies in specific areas, and we're asking for that to be investigated because I'm here on behalf of all Americans who want their vote counted and want a fair election," one Trump supporter said.

"It means relief. It means I can spend a little bit of time not thinking about the president, every day of my life," said a Biden supporter.

"I never thought America could get back to such a place of collective love, a place where we can unionize like this," another woman said.

The celebrations of the Biden-Harris win could be found across the city of Brotherly Love.

Applauds and cheers could be heard in South Philadelphia.

On Germantown Avenue in Chestnut Hill, people ran to the corners, holding Biden signs as cars blared their horns.

Over at Independence Mall, a large group gathered for a rally in support of Biden as music played.

There are some social distancing measures in place to keep people safe amid the coronavirus pandemic.

Mayor Jim Kenney spoke at the rally and said this was like a second Super Bowl for him.

He added, "Thank you, Philadelphia. This week, you showed patience while under pressure and dignity in face of criticism. Here, in America's birthplace, we defended our democracy and showed the world that #PhillyVotes."

The rally then turned into a march down Market Street.

Philadelphia officials said Saturday afternoon there about 30,000 ballots left to be processed. Some of those are provisional ballots that will take a few days to review.

ABC News has contributed to this report.