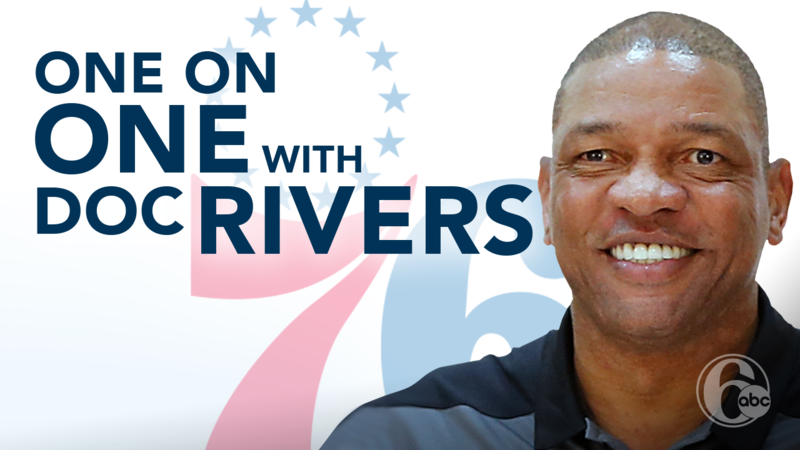 PHILADELPHIA (WPVI) -- Philadelphia 76ers teammates Joel Embiid and Ben Simmons were ruled out of Sunday's NBA All-Star Game in Atlanta. The pair had contact with a barber who has since tested positive for the coronavirus, sources told 6abc and ESPN.

Embiid (Team Durant) & Simmons (Team LeBron) will not play in tonight’s NBA All-Star Game.
Participation for other All-Stars and members of the 76ers coaching staff in Atlanta is not affected because they were not exposed@6abc https://t.co/oxjT3BL1YX pic.twitter.com/OONrWplUCz

The barber, located in the Philadelphia area, tested positive after undergoing additional testing Sunday because of an inconclusive positive test, sources said.

Additional test has returned positive for the coronavirus on barber in contact with Joel Embiid and Ben Simmons, sources tell ESPN. League must make decision still, but it is highly unlikely Embiid and Simmons will be cleared to play today.

Embiid was on Team Durant, while Simmons was on Team LeBron. Though sources said there were no plans to replace Embiid and Simmons on the All-Star Game rosters, New Orleans Pelicans star Zion Williamson did take Embiid's place in the starting lineup for Team Durant.

Here is the official announcement from the NBA:

Prior to traveling to Atlanta, Philadelphia's Joel Embiid and Ben Simmons had contact with an individual who is confirmed today to have tested positive for the coronavirus. As a result, Embiid (Team Durant) and Simmons (Team LeBron) will not play in tonight's NBA All-Star Game. Participation for other All-Stars and members of the 76ers coaching staff in Atlanta is not affected because they were not exposed to the individual in Philadelphia.

Both Embiid and Simmons traveled to Atlanta on Saturday night in private planes and have remained in quarantine, which was the protocol for every All-Star participant. The NBA has feared an outbreak involving the league's best players in Atlanta and has significant precautions in place to isolate the players on the way in and out of Atlanta for the game.

Shortly before tipoff, Embiid tweeted about the decision.

Looking at those fresh shape-ups and I had to be the one pic.twitter.com/BESWmi01XV

Paul George, who was to be teammates with Simmons on Team LeBron, said he isn't in favor of holding the All-Star Game.

"You have situations like we are dealing with today; it's just an unfortunate time in the world where our health and safety should be at the front of the helm," the LA Clippers star said during his All-Star media access on Sunday. "I personally didn't agree with the game, but it is what it is."

The Sixers center is among the early favorites for MVP and a new addition to the team has helped his cause.