John Travolta talks to 6abc about thriller 'The Fanatic' 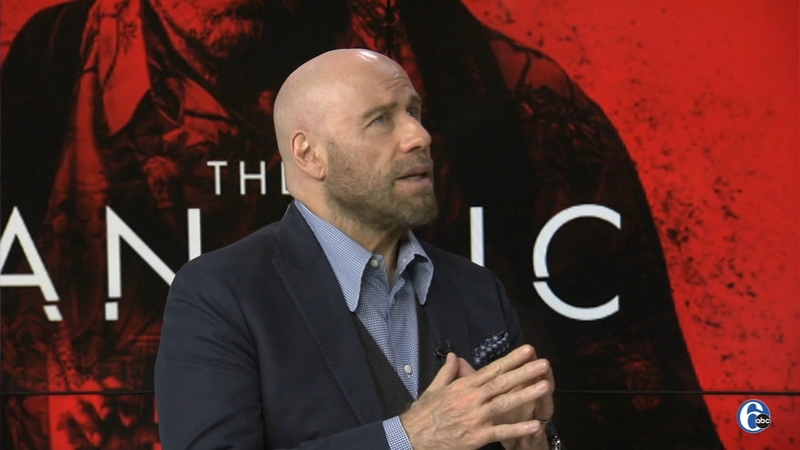 John Travolta speaks to 6abc about 'The Fanatic'

John Travolta stopped by the 6abc studios in Philadelphia to promote his new movie "The Fanatic."

It's a thriller that will have you on the edge of your seat.

Travolta talked to our Maggie Kent about him playing a role like you've never seen him before.

Travolta describes his character "Moose" as a "man-child" obsessed with an action star, Hunter Dunbar. He'll do anything for an autograph.

In the movie, he takes that star obsession way too far, and things turn violent.

The Fanatic - was directed by Fred Durst of the band "Limp Biscuit."

It premieres in theaters August 30.