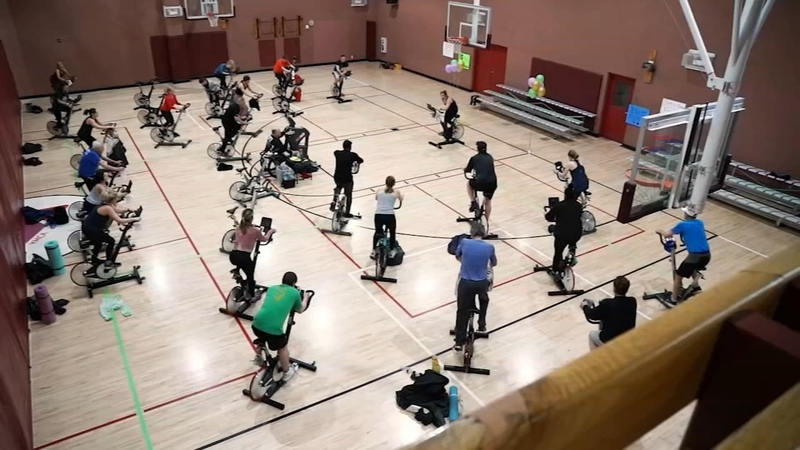 ROYERSFORD, Pennsylvania (WPVI) -- John Curcio became a member at the Spring Valley YMCA in Royersford, Montgomery County 10 years ago after realizing he was out of shape and overweight.

"Before I came here, I was probably over 300 pounds. I joined, dropped 100 pounds and started working here," he said.


John credits the facility for saving his life and improving his health.

John became paralyzed in 1988 after a roofing accident. His ladder broke and he fell from two stories up, breaking his back and severing his spinal cord.

"It was just an unfortunate accident," he said.

Hoping to inspire others around him, he started John's Ride. The fundraiser aims to raise money to fund memberships for people who can't afford them so that they can benefit as well.

"This is my way to give back a little bit," he said.


The facility is equipped with arm bikes, which John used for his ride.

This is the third year that John hosted this event.