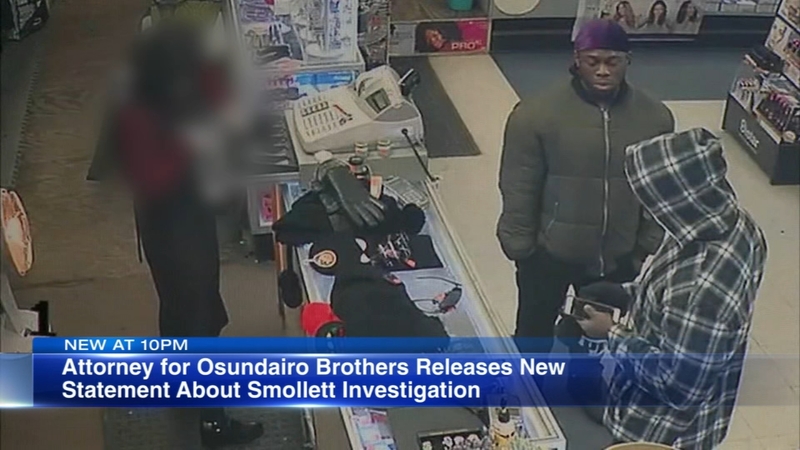 CHICAGO -- The lawyer for the pair of brothers reportedly involved in allegedly staging an attack on "Empire" actor Jussie Smollett released a statement on her clients' behalf late Thursday.

The full statement reads, "My clients have tremendous regret over their involvement in this situation, and they understand how it has impacted people across the nation, particularly minority communities and especially those who have been victims of hate crimes themselves."

Police and prosecutors have accused Smollett of paying the two brothers $3,500 via personal check to yell homophobic and racial slurs and rough him up in the Streeterville neighborhood near his apartment Jan. 29.

Chicago Police Superintendent Eddie Johnson said Smollett's motive was that he was "dissatisfied with his salary." He sat down Monday with Robin Roberts on "Good Morning America," where he said the story didn't add up.