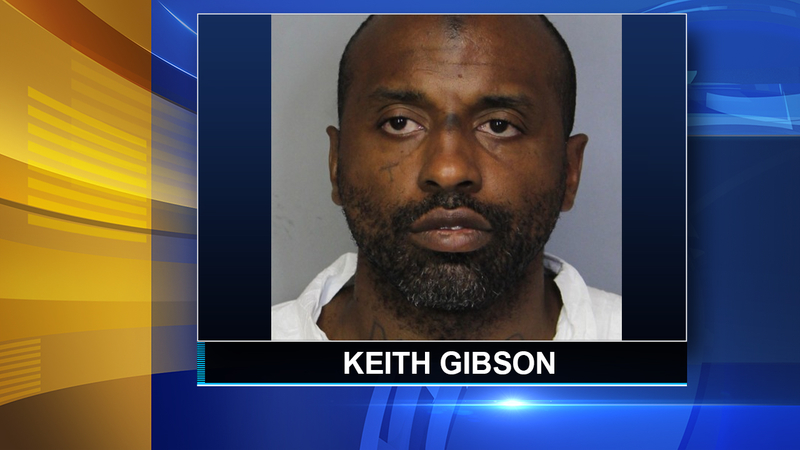 Suspect in killing of Dunkin' manager indicted for 2 murders in Del.

WILMINGTON, Delaware (WPVI) -- The man accused of killing a Philadelphia Dunkin' store manager was indicted for two murders in Delaware on Tuesday.

Keith Gibson, 39, went on a brutal crime spree in Delaware, killing two victims and hurting four others over a three-week period, officials said.

Gibson is also a suspect in multiple murders committed in Philadelphia earlier this year.

"This indictment lays out one of the most vicious, staggering crime sprees I've seen in my career," said Attorney General Kathy Jennings. "It is even more disturbing to think, based on what investigators have revealed in Pennsylvania, that this may just be the tip of the iceberg."

On May 15, authorities said Gibson shot and killed Leslie Ruiz-Basilio, 28, during a robbery at a Metro PCS store on Kirkwood Highway in Elsmere.

On June 5, Gibson shot and killed Ronald Wright, 42, during a street robbery, and assaulted another victim, authorities said.

Over the following three days, Gibson is alleged to have robbed and/or assaulted three additional victims.

In addition to his mother's death, authorities say Gibson killed Christine Lugo during a robbery on June 5 at a Philadelphia Dunkin' store. Murder charges have already been approved in that case.

Gibson was arrested on June 8 in connection with the robbery of a Wilmington Rite-Aid and is currently in custody awaiting trial.

According to authorities, Gibson was previously convicted of Manslaughter and Possession of a Firearm During the Commission of a Felony, was released from prison on December 20, 2020, after a 13-year sentence. Authorities said Gibson violated the terms of his probation and was briefly held before being released again on April 27, 2021.