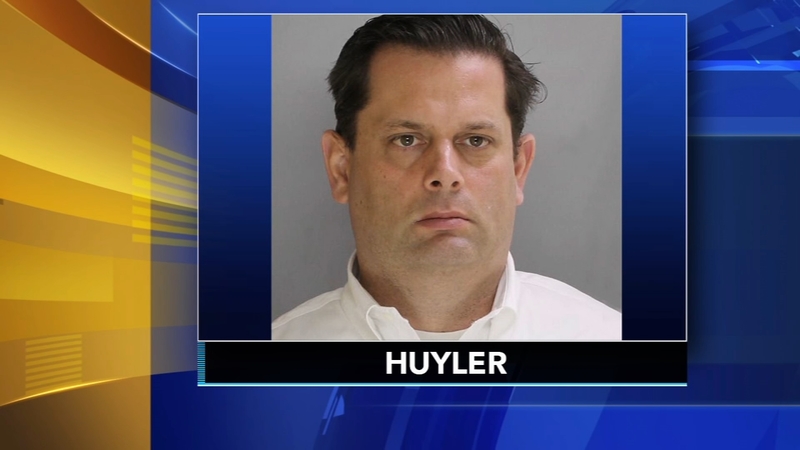 William Huyler III is accused of using his position as principal of East Hill Property Management to steal from the Kings Mill at Kings Grant Association in Marlton, New Jersey, as well as the Goshen Valley III Condo Association in East Goshen, Chester County.

Huyler wasn't at his East Marlborough Township home when Action News stopped by Tuesday but a woman claiming to be his mother-in-law, Janice Ridley, answered the door.

"Nobody knew about (the theft), said Ridley who claimed Huyler told the family he paid for the house with money he earned from investments and his business.

"This defendant betrayed the trust of these victims for his own financial benefit. This is another reminder for businesses to be vigilant and make sure the necessary financial safeguards are in place," said First Assistant District Attorney Michael Noone.

"This defendant used his job and access to treat these condo associations as his own bank account. The defendant's greed and self-dealing were more important to him than his responsibility to those he stole from," said Noone.

Ridley said the ordeal has been particularly tough on her daughter who thought she was living the perfect life. Not the perfect lie.

"It's devastating being in a home that's a pipe dream," said Ridley.

The 40-year-old is now facing a slew of charges, including theft and forgery.

Friday's charges are just the latest filed against Huyler.