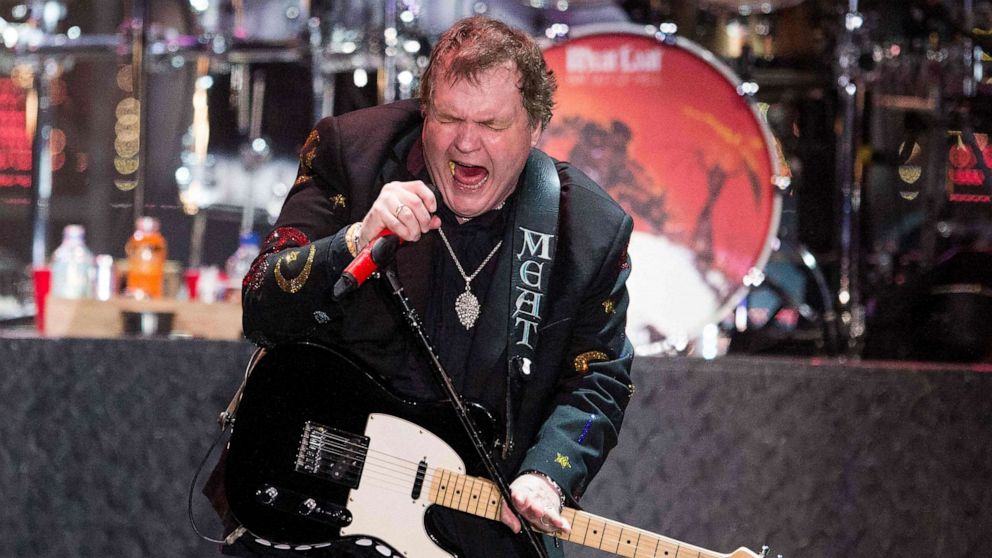 American singer and actor Meat Loaf has died. He was 74.

His death was announced in a statement posted on his official Facebook page late Thursday.

"Our hearts are broken to announce that the incomparable Meat Loaf passed away tonight with his wife Deborah by his side," the statement read. "Daughters Pearl and Amanda and close friends have been with him throughout the last 24 hours."

Born Marvin Lee Aday in Dallas in 1947, the musician better known by his stage name Meat Loaf became a legendary voice in rock music with a career that spanned six decades. He sold more than 100 million albums worldwide and appeared in over 65 movies, including iconic roles in "The Rocky Horror Picture Show" and "Fight Club."

Meat Loaf's 1977 debut album "Bat Out of Hell" remains one of the top-selling albums of all time. He also won a 1994 Grammy Award for the song "I'd Do Anything For Love."