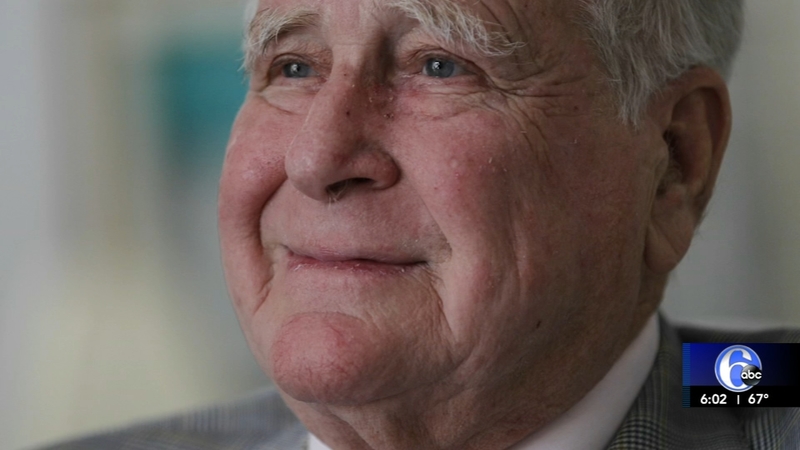 PHILADELPHIA (WPVI) -- Philadelphia television pioneer, professor, and philanthropist Lew Klein has passed away at the age of 91.

Klein had been an adjunct professor at Temple University since 1952. The college confirmed his passing Thursday morning.

"Lew Klein has left an indelible imprint on the lives of countless Temple students who have gone on to build successful careers in media, communication and related fields. Those graduates are Lew's true gift to journalism. His influence will be felt for generations to come," said Temple President Richard M. Englert.

Klein graduated from Cheltenham High School in 1945. He graduated from the University of Pennsylvania with a degree in English.
EMBED More News Videos

In 1950, Klein began working at WFIL-TV, the predecessor to WPVI-TV, and would remain for 22 years.

While at Channel 6, Klein directed many programs including the Sally Starr show, "Romper Room," and "College Press Conference."

He was also the executive producer of "American Bandstand" during its Philly years.

Klein played an instrumental role in launching our Action News format as program director of the station in 1970.

During his career, he was also president of Gateway Communications, which owned four TV stations in the East.

Klein was also a producer of the Philadelphia Phillies telecasts for a decade and a half.

In 2017, Temple University named the College of Media and Communications in his honor.

Lew said at the time, "Thinking about the thousands of communications scholars who will graduate in future years, I am very optimistic about their success. They will be coming from one of the finest and most prestigious schools in the nation."

He created the College's annual scholarship fundraising event, the Lew Klein Alumni in the Media Awards.