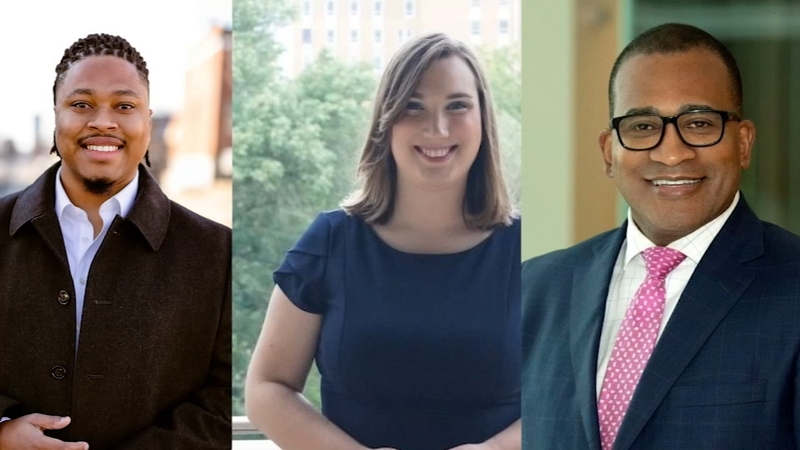 "Virtual schooling, working and running a campaign -- it's crazy," he said.

The campaign that he mentioned just made life even busier.

In May, Yorgey-Girdy was elected as a municipal court judge for the city of Philadelphia. His election was historic. He became the first openly gay Black man to be elected as a judge in Philadelphia's Municipal Court.

He won the race with the support of his husband, Paul, and his children: Anabella, 10, Trevor, 6, and Xander, 6.

"Actually, Bella was my "campaign manager" when I first ran as a committee person," said the newly-elected judge. He adds that he was inspired to run after watching Anabella sing in front of a huge audience without fear during a school performance.

"I just knew then I could do anything," said Yorgey-Girdy. "If she could go up there with all those people staring and do such a good job, I knew I could do it. So I ran."

"I'm proud of him. I totally support him and I think he'll do a great job for all people," said Paul Yorgey-Girdy.

Women made history in both the Pennsylvania and Delaware state legislatures following the 2020 election.

Greg Yorgey-Girdy's historic election in May continued a tidal wave of representation for the LGBTQ+ community.

Delaware Democratic State Senator Sarah McBride is part of that emerging group, having been elected in November of 2020. She is the first openly transgender state senator in American history, and the highest-ranking openly transgender elected official in the country.

"It has been a whirlwind," she says of her first few months as a state lawmaker.

An activist for LGBTQ+ rights since her college years, McBride has never been known to back away from a challenge.

McBride says her experiences have fueled her in that fight.

"I'm the highest-ranking openly transgender elected official in the country, which reinforces how much work we have to do," she said.

She's doing that work alongside more allies and LGBTQ+ community members than ever.

"I was lucky enough to be elected to the Delaware State Legislature with two other freshman legislators who are members of the LGBTQ community: Senator Marie Pinkney and Representative Eric Morrison," she said. "Between the three of us, we represent all of the different letters of the LGBTQ acronym."

Together, they've created a set of bills that McBride says are meant to advance LGBTQ+ policies across the state of Delaware.

"There's the old saying that if you're not at the table, then you're on the menu," said McBride on the importance of representation.

State Rep. Malcolm Kenyatta, a Democratic State Representative from Pennsylvania's 181st District agrees, saying that the presence of different types of people in state government can immediately change the conversation in statehouses across the country.

"When I walk into a committee hearing as a Black, gay guy from North Philly with locked hair, I promise you, we are having different conversations," he said.

Those conversations began when Kenyatta was elected as the first openly gay LGBTQ person of color in the Pennsylvania Legislature. He's now set his sights on a national platform.

"To the best of our research, I'm the first openly LGBTQ person of color to ever run for the United States Senate," he said.

Kenyatta, McBride and Yorgey-Girdy are proud to be "firsts" in their positions, but they're determined not to be the last.

"I am hopeful that we will build a world where diversity in government is not newsworthy," said McBride.

Yorgey-Girdy looks forward to that day also, not only for himself but for his children.

"Difference is beautiful. You learn a lot from different people," he said. "This family is composed of different people, and I think that's what we raise the kids on. That's what my campaign was about-- difference. And it's ok to be different."