Kids get fit and have fun with Cardio Drumming 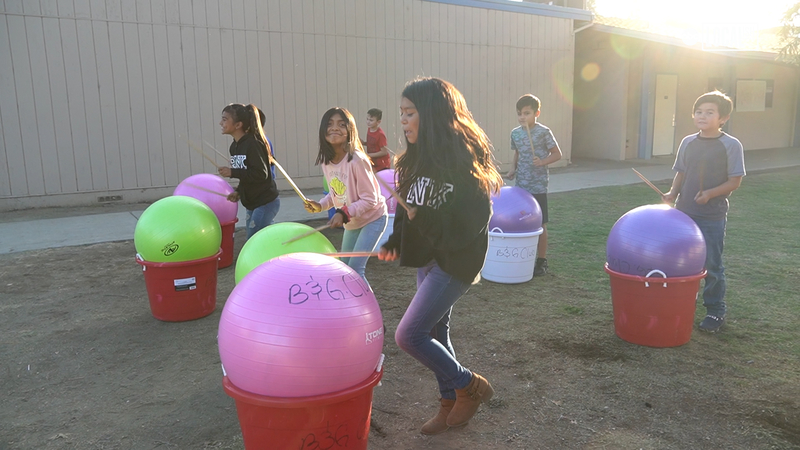 Kids get fit and have fun with Cardio Drumming

PORTERVILLE, Calif. -- A fitness craze has been implemented at an after-school program in Porterville, and it's aimed at keeping kids active while letting them have fun too.

"You know a lot of the kids don't like to exercise at all," said Rocio Ramirez, an instructor at the Boys & Girls Club. "Sometimes they don't even want to go outside, so I thought it was different, they could exercise and have fun at the same time."

Earlier this year, Ramirez introduced "cardio drumming" to her after-school classes in the Boys & Girls Club at Burton Elementary. The fitness routine, which became a viral hit in recent years, involves drumsticks, a yoga ball and a plastic storage tub. Ramirez got the idea from a friend who teaches Zumba.

The program is home to about 120 kids ranging from kindergarten to sixth grade.

"The Boys & Girls Club is an after-school program, and the purpose is to help the kids... we help them with any subject, math, reading, everything," Ramirez said.

The students said the program helped them make friends and said they all enjoyed it more than a traditional PE class.