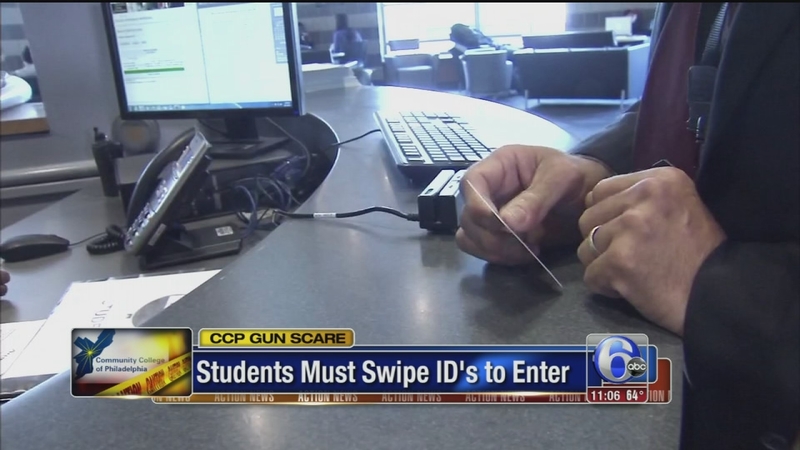 WEST OAK LANE (WPVI) -- Officials say charges are likely against not only the student involved in a lockdown at a Philadelphia public school, but also three others.

The 1100-student Martin Luther King High School, located in the 6100 block of Stenton Avenue in Philadelphia's West Oak Lane section, was locked down at about 8:52 a.m. Wednesday.

Students who were already inside the building remained there, while arriving students were not permitted to enter.

"When I got here, they said 'Come over here, we're on lockdown,' " said student Kayce Smith. "And I couldn't understand."

Police received a tip a student enrolled in the school might have a stolen handgun that was believed to be in circulation among several teenagers.

But police said there was never an overt threat made.

"There was no allegation (that) there were any threats against a person or the school or anything," said Philadelphia Police Chief Inspector Carl Holmes. "The lockdown was put in place because the person was identified as a member of the Martin Luther King student community."

The student, a juvenile, was located and taken into custody at SEPTA's Fern Rock Transportation Center.

Apparently, while the student is registered to attend MLK High School, school officials say he has not attended class there this school year.

The lockdown was lifted a short time after the student was apprehended.

Officials say the stolen gun was recovered later in the day. It was in the possession of three other teens police had been observing.

The expectation is that those three and the fourth who was picked up at Fern Rock will face charges on possessing the gun and circulating it between them. They will be juvenile charges.

Parent Stacey Charles decided to take her son out of school, at least for the day.

Earlier the chief inspector implied, given recent events, it was understandable parents and educators are on edge.

"There is no such thing as a false alarm in today's day and time," said Holmes. "We luckily found this incident did not pan out to be a student with a weapon. But we still are going to do the right thing, place our schools in lockdown, get resources together and start an investigation."

Meanwhile, at the Community College of Philadelphia classes resumed following Tuesday's lockdown. At a town hall meeting, the college president, Dr. Donald Generals, announced the former student who had been detained by police for allegedly having a gun has been released.

President Generals also announced beginning Monday students will have to not just show, but swipe IDs to enter buildings. The system would flag those not currently enrolled.