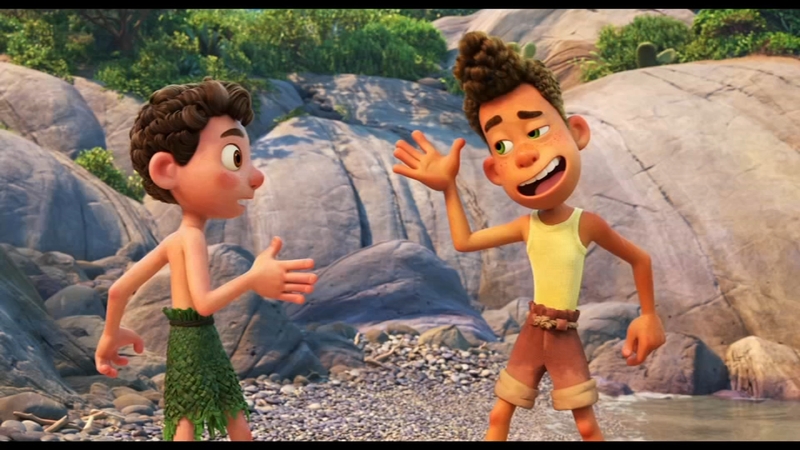 The story is about two young friends struggling to figure out who they are where they belong.

"He's very, very timid, but he has dreams of venturing off to the surface," said Jacob Tremblay, the voice of Luca.

The new animated character is a sea monster under water and a human on land.

He meets a new, adventurous and daring friend named Alberto, who pushes him out of his comfort zone.

Jack Dylan Grazer is the voice of Alberto. He says he's very much like his character.

It turns out, Alberto is the real-life friend of director Enrico Casarosa.

"I am more like Luca," Casarosa laughed. "He challenged me. I was a bit timid, a little sheltered, and Alberto was more daring and a troublemaker."

In the film, Luca and Alberto are finding their way, and their place, in both worlds: under water and on land.

"Especially at this age, there are those things about yourself that you're nervous to reveal," said producer Andrea Warren.

This is a film about finding your tribe.

"It's very much about finding your people and finding acceptance within yourself," said Maya Rudolph, the voice of Luca's mom Daniela.

It's also about parents learning to let go.

"In a way, you have to find the balance of are you protecting them? Or are you just protecting yourself?" said Jim Gaffigan, the voice of Luca's dad Lorenzo.

It's a classic, innocent and joyous coming-of-age story.

"Luca teaches us that it's okay to step out of your comfort zone," Tremblay said.