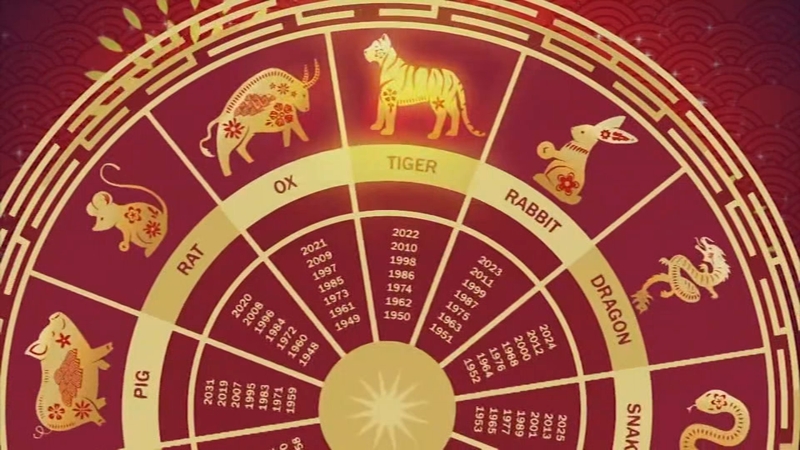 PHILADELPHIA (WPVI) -- Lunar New Year is arguably one of the most important traditions in Asian culture. Often referred to as Chinese New Year, it follows the lunar calendar.

Each year is assigned to one of 12 animals from the Chinese zodiac, and celebrations are focused on bringing luck to the year ahead.

"This is the one time of year that it's really important for family gatherings because we're also busy with our own personal lives," said John Chin, executive director of the Philadelphia Chinatown Development Corporation. "We don't make a lot of time to come together, so this is the one year we can do it, and it's always around food."

Food takes center stage during Lunar New Year, and every year, many flock to Sangkee Peking Duck House in Chinatown to savor symbolic traditional dishes like noodles and dumplings.

"In some ways, it's very personal, where some people want very specific things to be on the table because they sound like certain things like luck or fortune or prosperity," said Henry Chow, manager of Sangkee Peking Duck House. "And then there are some universal things where food represents longevity."

Other traditions include exchanging red envelopes, a gift of money, which is expected to bring happiness. There's also the traditional lion dance which has taken place every year for more than two thousand years.

"For Chinese New Year, it's kind of an auspicious dance that scares away evil spirits traditionally and allows, hopefully, good luck to come in," said Harry Leong, president of the Philadelphia Suns.