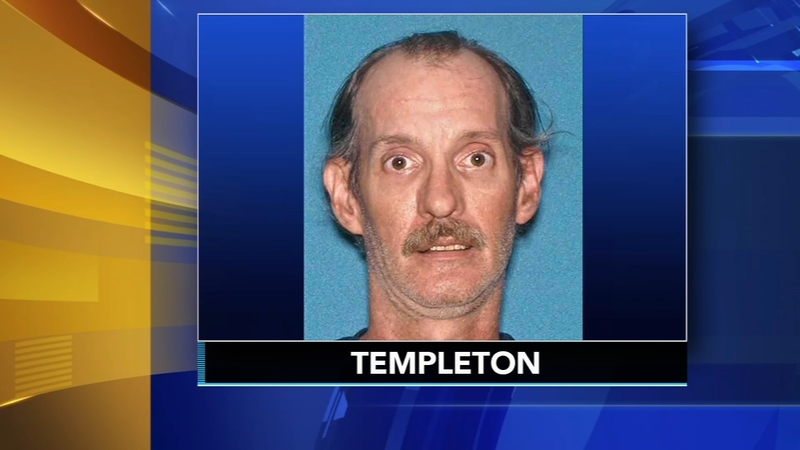 EDGEWATER PARK, New Jersey (WPVI) -- A 53-year-old man has been charged with killing his mother inside her home in Edgewater Park, according to authorities.

Brian Templeton, who was staying with his mother in the 100 block of Cornwall Court, is charged with first-degree murder and second-degree desecration of human remains.

The investigation began after an employee at the complex asked to check on 77-year-old Doris Templeton, according to authorities.

Authorities said Brian Templeton killed his mother inside of her apartment, put her body into a chest and loaded it in the back of his car. He then moved his car to the parking lot of a Willingboro pizza shop, where he was employed as a driver, and began using his mother's car for transportation, authorities said.

Doris Templeton's body was found on Tuesday. A medical examiner determined her cause of death to be bunt force trauma to the head.

Brian Templeton is currently at a medical facility where he is being treated for an ongoing condition, authorities said. Upon his release, he will be scheduled for a detention hearing in Superior Court and the case will be prepared for presentation to a grand jury for a possible indictment.
Report a correction or typo
Related topics:
edgewater parkcrimemurder
Copyright © 2022 WPVI-TV. All Rights Reserved.
MURDER
How Kristin Chenoweth is connected to the Girl Scout murders
Mother of teen who went missing on spring break in 2009 speaks out
Doctor who died confronting California church shooter hailed a hero
U.S. Marshals capture suspect wanted for murder near Widener
TOP STORIES
'I fought': Trevor Reed describes his survival in a Russian prison
6 dead, multiple injured in Philadelphia weekend shootings
2 men stabbed at Philly train stations, including 30th Street Station
Teen, officer and driver injured after police chase ends in crashes
Masks required in Philly School District starting Monday
More than 75,000 pounds of baby formula lands in US amid shortage
Pfizer: COVID vaccine for kids 6 months to 5 years old 80% effective
Show More
Russian sentenced to life in Ukraine's 1st war crimes trial
Biden: Monkeypox threat doesn't rise to level of COVID-19
Texas woman sought in fatal shooting of pro cyclist: US Marshals
NJ twin sisters giving back with pajama project
AccuWeather: Cooler & Less Humid
More TOP STORIES News