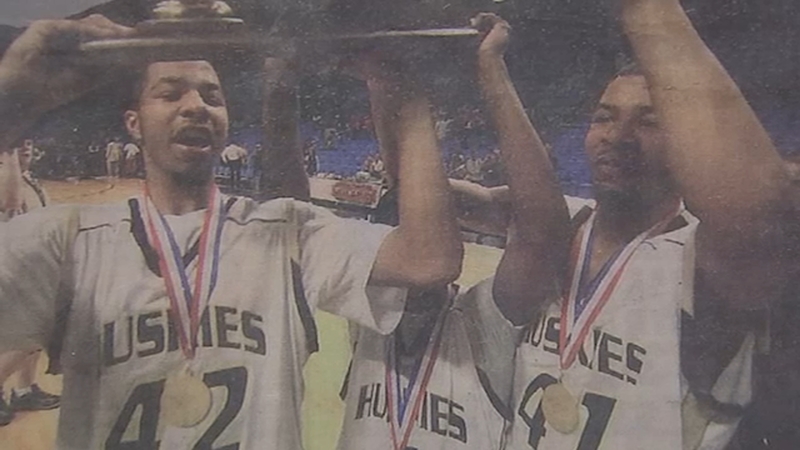 PHILADELPHIA (WPVI) -- The brand that is Philadelphia high school basketball was represented in Wednesday night's Game 1 of the NBA finals.

It's a simple text message from a mother to a son, "I love you and work hard."

It's what Thomasine Morris sends to both of her sons before every game they play. It just so happens, her sons are former Philadelphia Prep Charter High School basketball stars Markieff and Marcus Morris.

On Wednesday night, Markieff took the court for an NBA title as a member of the Los Angeles Lakers. Thomasine says she kept her pre-game speech with him simple.

"It's 4 quarters, 12 minutes in each quarter, play hard. Play as hard as you possibly can," said Thomasine.

She says it seemed like yesterday that she was hugging Markieff after winning a city championship.

From there, her sons went to play at Kansas and then became household names in the NBA for their hard-nosed style of play. Marcus plays for the Los Angeles Clippers.

The Morris brothers crafted their skills coming up through Philadelphia and of course at home.

Thomasine says when you see Markieff on the court during the title series, and Marcus again next year, know they leave that attitude on the court. It's their demeanor off the court that makes her even more proud.

In fact, they've started the Family Over Everything Foundation right here in their hometown, aimed at inspiring youth through sports.