Who is Maurice Hill, the man accused of shooting 6 Philadelphia cops? 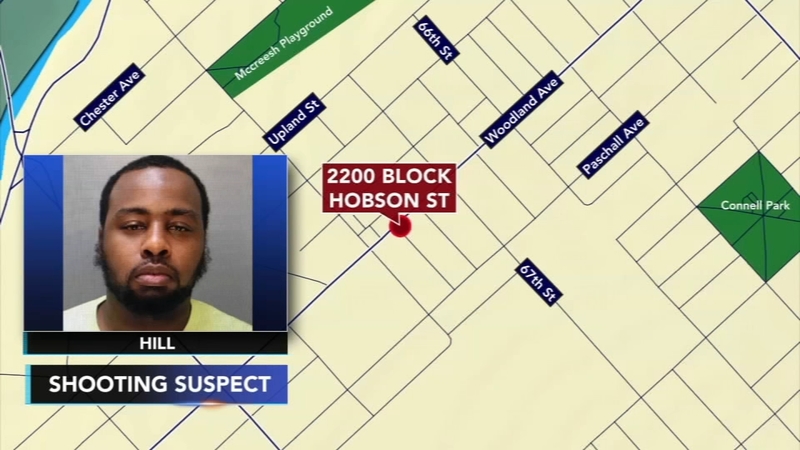 PHILADELPHIA (WPVI) -- Maurice Hill is a career criminal. His street name is "Gruff" and his criminal history links him to guns and drugs.

District Attorney Larry Krasner said Thursday at an afternoon press conference, "I think it's clear this man should not have been on the streets."

Court records obtained by Action News show Hill has a criminal history dating back to 2001 when the then 18-year-old was arrested for drug dealing.

During his arrest, police recovered an AK-47 assault rifle, other weapons and body armor.

An affidavit of probable cause reveals a few years later, he allegedly drove up on a victim on the 2200 block of Hobson and said, "what's good with you" before opening fire on the victim.

Authorities charged him with attempted murder, but he pleaded guilty to aggravated assault and was sentenced to 1-1/2 to 3 years behind bars.

But prison apparently did little to reform the drug dealer who sources say ran corners in Southwest Philadelphia.

Soon, federal prosecutors would be onto him, and he pleaded guilty to two gun violations and sentenced to 55 months behind bars.

United States Attorney William M. McSwain says, "He served that sentence. There was also three years of supervised release after the sentence was finished. He served that and was not under supervision at the time last night."

Krasner, the progressive district attorney, who critics accuse of being soft on crime, praised police efforts in orchestrating Hill's surrender and ultimately freeing hostages. He says his office had no criminal matters with Hill during his term, but he stopped short of blaming his predecessors.