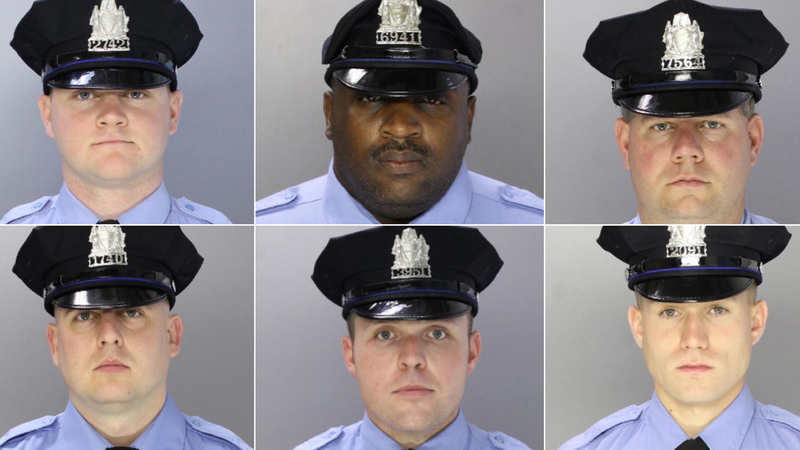 PHILADELPHIA (WPVI) -- The Philadelphia Police Department has released images of the six police officers shot in the line of duty during Wednesday's standoff in the Tioga-Nicetown section of the city.

The officers have been identified as:

The neighborhood rattled by the standoff is slowly trying to get back to a sense of normalcy.

Crime scene investigators remained on the scene Friday morning. Commissioner Richard Ross expected investigators to remain out there for some time.

"It's such an extensive scene, so many shots fired; we have to be very methodical how we process it," said Ross.

During the phone call between the four men, they were able to calm Hill down, and distract him while two police officers trapped inside escaped. Officers deployed tear gas and Hill surrendered.

The Narcotics Strike Force had a warrant for the home Hill was in at the time, but did not know he was there. He was not named in the warrant, according to authorities.

On Thursday, police entered the home with hazmat suits because of the amount of tear gas that was deployed.

Hill, a known drug dealer with an extensive criminal history, was allegedly involved in the shooting of six officers; nine officers in total were injured during the standoff. All have been released from the hospital. There were several civilians in the home, too, but all got out safely.