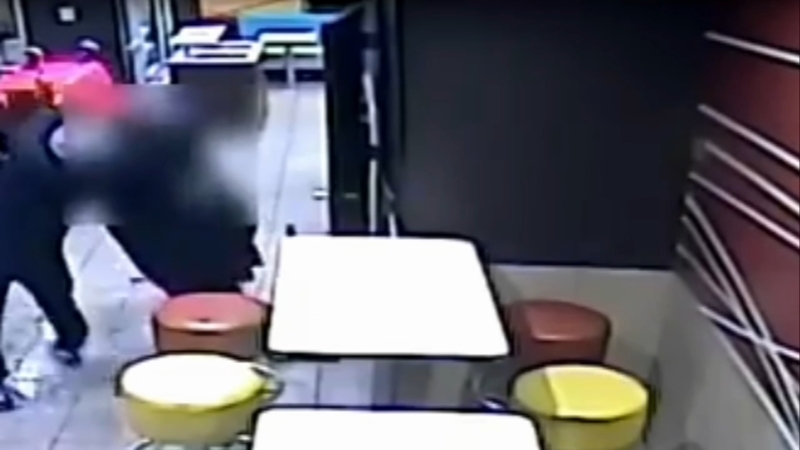 Police said while inside the store a female employee was assaulted with a mop bucket wringer then outside of the store was hit in the face with a rock, kicked and punched multiple times.

The suspects are described as follows:

Suspect #3: Black male wearing a dark-colored coat with red and white stripes and a black knit hat, 16 to 18 years of age.

Neighbors who have watched the video are disturbed by the actions of the teenaged attackers.

Phildelphia police release surveillance video of a beating inside a McDonalds, November 25, 2019

"It's a lot of stuff that happens here in my age group and I don't understand it, I just hope it gets better," Nasiyah Kelly says it's disheartening that the actions of others in her age group have a negative effect on how strangers may view her.

Tonia Robinson, of Northeast Philadelphia, says more people must be willing to call police immediately when they see a crime like this being committed.

"It was too many people around her for nobody to stand up for her," said Robinson.

Anyone who can identify the men in the video is asked to contact police.