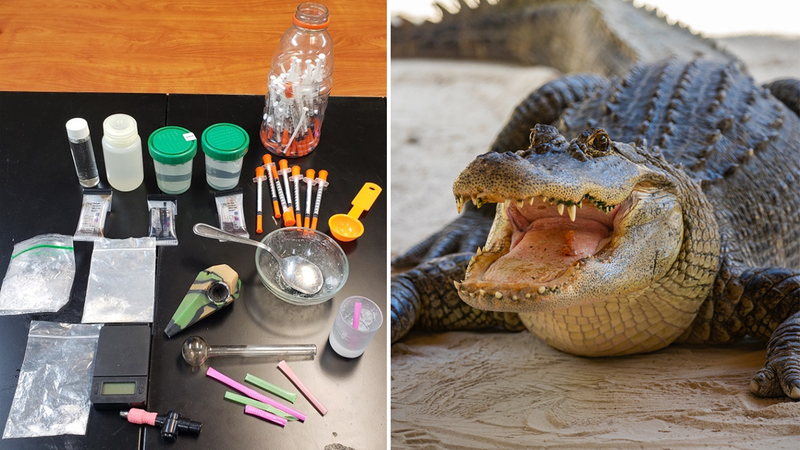 LORETTO, Tennessee -- A police department in Tennessee clarified that they were joking after their Facebook post about "meth-gators" went viral.

In the original post, the Loretto Police Department Police asked people to stop flushing drugs down the drain for fear of what they called "meth-gators."

The post said that sewer pipes go to treatment ponds where you'll also find ducks, geese and alligators. They wrote that the Tennessee River down in North Alabama, "had enough methed up animals the past few weeks."
They asked the public to call the police if they need to dispose of drugs, so they can do so safely.

Earlier this month, the department arrested a man for trying to flush drugs down the drain at his home. The satirical post about the arrest warned if the drugs made it far enough downstream, they would end up being consumed by gators.

The author of the post said they "shudder to think what one all hyped up on meth would do."

The department's newer post reads: "Let us be perfectly clear: the meth gator was a humorous illustration used to highlight the dangers of flushing drugs and other substances down your toilet. Alas, the meth-gator is not real. Let's say that again: THE METH GATOR IS NOT (at this time) REAL."

The department said this is not their first humorous post. They said in the newer post that they will be selling merchandise based on their humorous posts, and they plan to donate the proceeds to charity.

Editor's note: This story was first published after the original police department post and has since been updated.

A Florida woman pulled an alligator out of her yoga pants early Monday morning during a traffic stop.