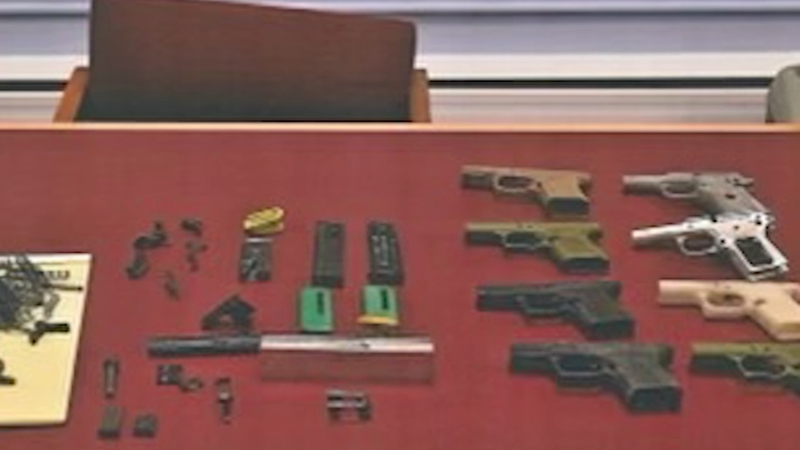 Firefighters responded to 36-year-old Jeffrey Neithammer's apartment on May 8 for a report of a fire alarm that was going off.

When they entered, they found the apartment in disarray. Officials said there was drug paraphernalia which suggested there might be a methamphetamine lab in the apartment.

At first, firefighters thought Neithammer was dead. They said he was not responsive and was found lying in a front bedroom. Once he started speaking with officials, they noticed he was very pale and was sweating profusely.

Officers located the smoke detector which was the source of the initial alarm and, in doing so, they found metal working equipment and various gun-making and drug paraphernalia.

In addition, the bathroom contained several large bottles, one of which had a hose sticking out of it.

Delaware District Attorney Jack Stollsteimer says evidence points Neithammer was testing his guns inside of the apartment because there were bullet holes in doors, ceilings, and planks of wood.

"He was both using kits to create ghost guns but was also using a 3-D printer," said Stollsteimer.

Neithammer was arrested and was jailed under a $200,000 bond.