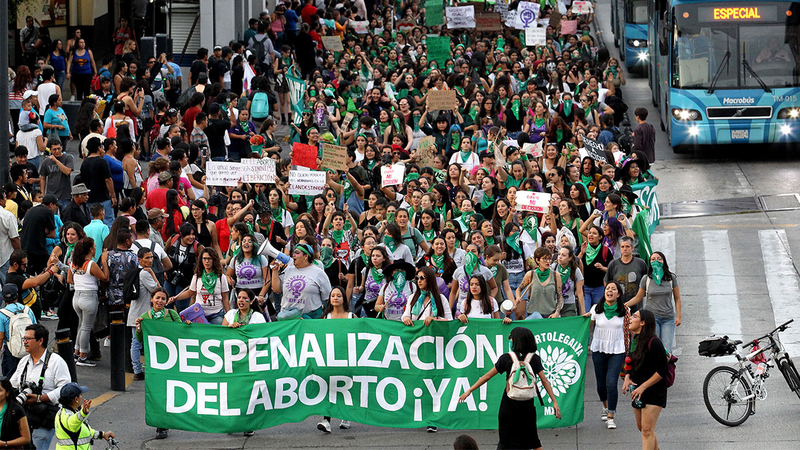 Mexico's Supreme Court has unanimously ruled that penalizing abortion is unconstitutional, in a decision expected to set precedent for the legal status of abortion nationwide.

"Today is a historic day for the rights of all Mexican women," said Supreme Court Chief Justice Arturo Zaldivar.

The court ruled Tuesday against a law in the state of Coahuila, which threatened women who undergo abortions with up to three years prison and a fine.

The law, according to Coahuila Penal Code Article 196, allowed prosecution of both a woman seeking an abortion and the person who "causes her to have an abortion with her consent."

The top court's decision against such penalization is "a historic step," Justice Luis Maria Aguilar said.

"Never again will a woman or a person with the capacity to carry a child be criminally prosecuted," he added. "Today the threat of imprisonment and stigma that weigh on people who freely decide to terminate their pregnancy are banished."

Elsewhere in Latin America, Argentina's Senate approved a bill to legalize abortion in December 2020. The Senate voted 38-29 to give millions of women access to legal terminations under the law supported by President Alberto Fernández.

The vote comes as U.S. states just north of the border move to restrict abortion access, most notably in Texas.

A deeply divided Supreme Court is allowing a Texas law that bans most abortions to remain in force, stripping most women of the right to an abortion in the nation's second-largest state.